The VIPification of the once simple act of going to the movies continues apace here in NYC with the grand opening last night of CMX CineBistro on the Upper East Side. Billed as a luxury, in-seat-service experience, the six-screen theater is the first in the city from the Mexico-based chain, revamping the site that once housed the Clearview, which closed in 2013 after a 22-year run. CMX will show new-release Hollywood movies and serve food from a complete dinner menu (booze from a full bar) in the 45,500-square-foot space.

The most radical "amenity": the entire theater is ADULTS ONLY after 6 p.m. every night, with no one under 21 allowed. Here's everything else you need to know: 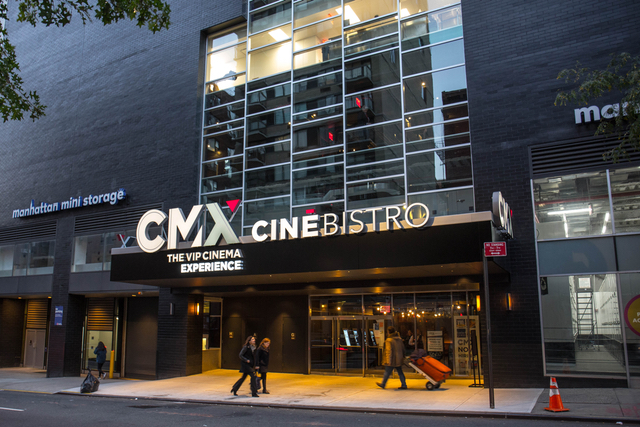 The Seating All seats are reserved, and each theater has about 50 jumbo-sized recliners, with the widest armrests I think I’ve ever seen on anything. There’s a ridiculous amount of leg room between the rows, with ample space for your bags or whatever even with the recliner fully extended, and the layout of the theater is such that many of the best seats are paired off into mini sections, with your nearest neighbor across a wide aisle. This plush solitude doesn’t come cheap, though. Tickets cost $20 at the box office, and if you order online the added fees and taxes up that price to $23.39 each.

The Food Like everything you’ve ever bought in a movie theatre your entire life, the food and drinks at CMX are more expensive than you’d like them to be. That said, it's also all really good, if the three dishes we ate last night are any indication. The Bistro Burger, for example, was fat and juicy, with fresh toppings, a kicky special sauce, and a generous supply of truly first-rate fries.

Also skillfully prepared (and enormously portioned) was the fried Chicken and Churros with maple syrup, which could have easily been a sugary disaster but instead nailed the sweet-salty dichotomy, with some bonus spiciness thrown in there too. The Korean Cauliflower “Wings” were a bit too mushy (and the accompanying pineapple kimchi kind of a throwaway), but the flavors were all lively.

These were three of the least pricey items on the extensive menu; high-rollers should feel free to get the Lobster Cannoli ($18), the Rib Eye Steak ($49), and a $300 bottle of Dom Perignon to wash it down. Note that you can also just get soda, popcorn, and a box of M&Ms as well. (Here's a PDF of the menu.)

The Experience At CMX you must arrive 30 minutes before your movie starts if you want to eat from the full menu. Your server charges your card immediately upon ordering, a runner brings your food, and then... that's it! Once the movie starts no one comes to take an additional order, or to conduct a transaction or clear your plates.

The advantage to this system is that there's much less busyness and distraction than at other seat-service theaters around town, and since you've paid up front you can just leave whenever you want. The disadvantage is that you can get stuck with a bunch of dirty dishes sitting on your tray for the next two hours (I bussed mine to a cart sitting up front). You can also eat and drink before your show at either of the two full bars in the six-story complex.

CMX seems serious about enforcing its "Zero Tolerance" policy regarding texting or any sort of phone usage during the movie, though at one point early on I did have to get up and shush a chatty couple to my right. Overall the service was borderline obsequious, and since it was opening night the top CMX executives were all on hand, and you could tell that the staff, who had apparently undergone weeks of training, were nervous. Everyone did a great job though. Despite the slightly inflated prices and semi-obnoxious VIP messaging, CMX is a welcome addition to this movie-theater desert of a neighborhood. 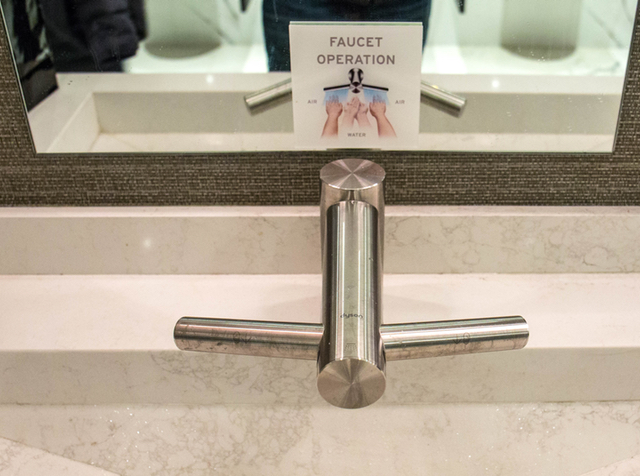 CMX CineBistro is located at 400 East 62nd Street at the corner of First Avenue (cmxcinemas.com)

#cmx cinebistro
#movie theater
#ues
#upper east side
#original
Do you know the scoop? Comment below or Send us a Tip