Inside NYC's First Modernist Home, Now On The Market For $5 Million

In 1938, a few years after it was built, photographer Berenice Abbott shot the facade of a home at 211 East 48th Street, one that was strikingly different from the old brownstone immediately next to it, as well as almost everything else in NYC. We've checked in on this house before, which was designed by Swiss-born architect William Lescaze and is considered to be the "first modernist home" in New York City.

E.B. White once wrote that the home sat "directly across the street from my grandmother's building," and was a "celebrated architectural landmark [from] William Lescaze, [who] must have been dreaming about South Miami Beach when he built his glass-brick and stucco Art Deco dream house." He went on to call Lescaze "a true modernist whose soon-to-be septuagenarian town house puts the much more recent buildings nearby to shame." 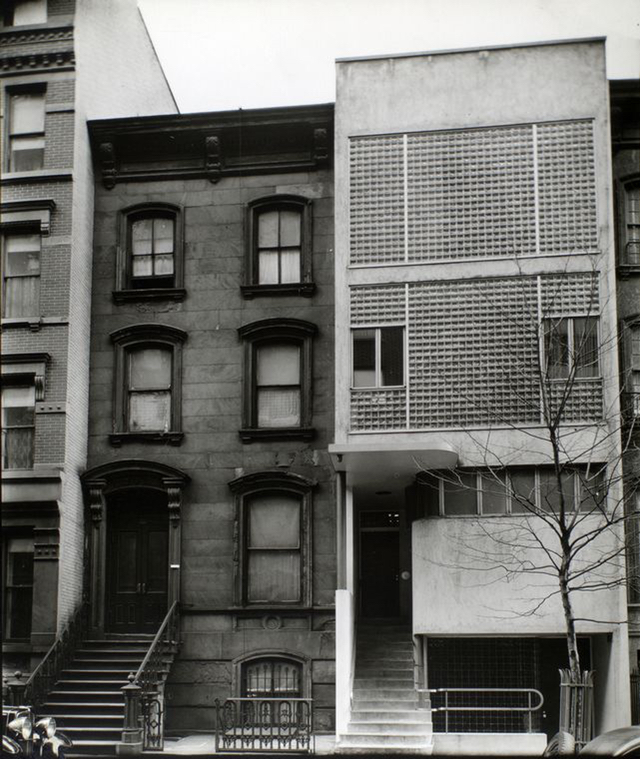 The townhouse in 1938, as photographed by Berenice Abbott. (Courtesy of the NYPL)

When it was completed around 1934, it was not only considered the first modernist home in the city, but also one of the first structures in America to use glass bricks, and the first residence in NYC with central air conditioning. Lescaze (who died in 1969) used it as his personal home and studio, and it remained in his family until the 1970s, when the townhouse was landmarked in 1976.

In a 1936 profile on Lescaze, The New Yorker also declared he had "taken the lead in Modernist architecture in this country." On top of his own 48th Street home, he built the Raymond Kramer house at 32 East 74th — that one was put on the market in December with an asking price of $20 million. He was also the design lead for the Williamsburg Houses in Brooklyn in 1937, "a pioneering 20-building modernist housing project modeled on European examples."

However, "whatever lead Lescaze took in the 1930s fizzled," according to a piece in the NY Times, "and after the white-hot brilliance of the Kramer house and a 1940 successor at 124 East 70th Street, the Norman house, his portfolio is rather tame. That period includes buildings like his 1960 Civil Courthouse on Lafayette Street, and his 1969 office behemoth at 1 New York Plaza." 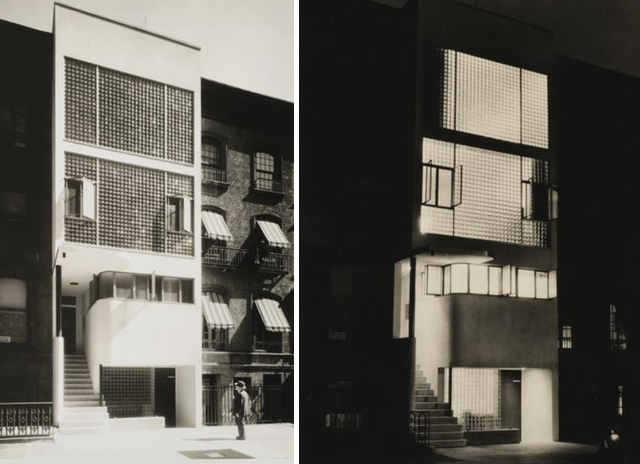 In 1984, NY Times architectural critic Paul Goldberger wrote about Lescaze, calling him "a serious modernist" who was "convinced that the clean lines and simple geometric forms of the International Style could make for a better life." Or as Lescaze himself put it, "The visible results are beautiful, economical and efficient. The unseen results are greater happiness, better health for a greater number of human beings, the satisfaction of being honest and of being in tune with the life of our own times."

The home features "a glass-enclosed hydraulic elevator, a Boffi kitchen, central air conditioning, new structural steel inside and out, and a large north-facing courtyard with solid glass block skylights." A better life, indeed. (Just pull up all that carpeting.)