Inside Elsewhere, Bushwick's New Venue From The People Who Brought You Glasslands One of the more beloved venues of circa-when-I-lived-there Williamsburg—a time when Kent Avenue was just a blank canvas for developers—was Glasslands. It was always very hot in there, no matter the season, the wine always stung my lips, and it's a goddamn miracle that rickety old balcony never collapsed... but it was close to where I lived, the people who ran it were nice, and my friends' bands kept playing there. So I went, again and again. And then time marched on, J. Crews and dream catcher boutiques moved in, and Glasslands shuttered. The space it once occupied is now part of Vice HQ.

Now, nearly three years later, the Glasslands folk have opened a new venue in Bushwick, called Elsewhere. The space is larger, much safer, and in place of the cool cloud thing that served as a backdrop on the Glasslands stage, there are some nice lighting features (credit to Gary Hunt, Sarah Frankel, and Chi Ka for the space's illuminated spots). 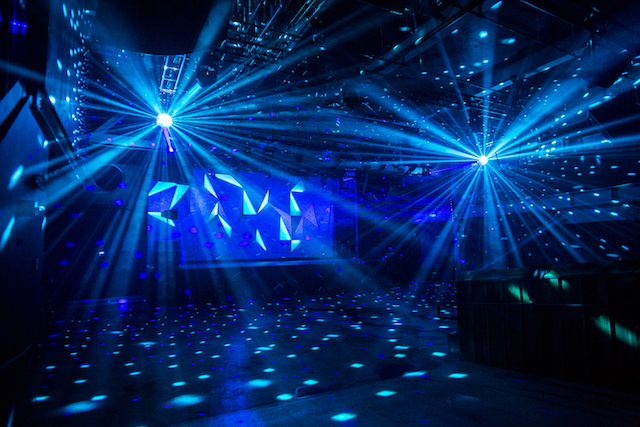 The Hall is the largest room within Elsewhere. (Photo by Scott Heins/Gothamist)

Elsewhere is 24,000-square-feet large, and like Glasslands is billed as both a music venue and arts space. It features "multiple performance spaces, high-end audio/visual capabilities, an open rooftop, art gallery and loft bar." Currently, the rooftop is set to open in Spring 2018, but for the winter you can get cozy in that nice lookin' loft lounge. Click through for more photos of the space.

Elsewhere is located at 599 Johnson Avenue (between Gardner and Scott Avenues) in Bushwick.

#bushwick
#elsewhere
#glasslands
#venue
#original
Do you know the scoop? Comment below or Send us a Tip