Inside Cafe Wha?, The Legendary Club Where Hendrix & Springsteen Performed Some of the most important music in American history has been played in a dark, narrow basement club off MacDougal Street known the world over as Cafe Wha. Jimi Hendrix, Bob Dylan, and Bruce Springsteen have performed on its stage, and Beat poet legends like Kerouac and Ginsberg have burned the midnight oil sitting in its snug booths. Nowadays, the place still swings, thanks in large part to a cover band of ace musicians that sets the room ablaze five night a week. On a Friday night, crowds jump out of their seats and fill the cafe's narrow aisle, arms waving like worshippers at a rock revival. Cafe Wha gets loud—and it's always been that way.

In 1959, actor and World War II veteran Manny Roth got a tip about an old underground horse stable for sale on MacDougal Street. It was a dank, dirty basement with a gutter running through the middle that served as a sluice for shit. Roth was thrilled. He bought the stable, and set to work turning it into an all-ages, all-night coffeehouse despite nearly going broke in the process. With his last $100, Roth bought two truckloads of broken marble and laid the now-iconic floor of Cafe Wha over the dirt. The doors opened as soon as the grout had dried. 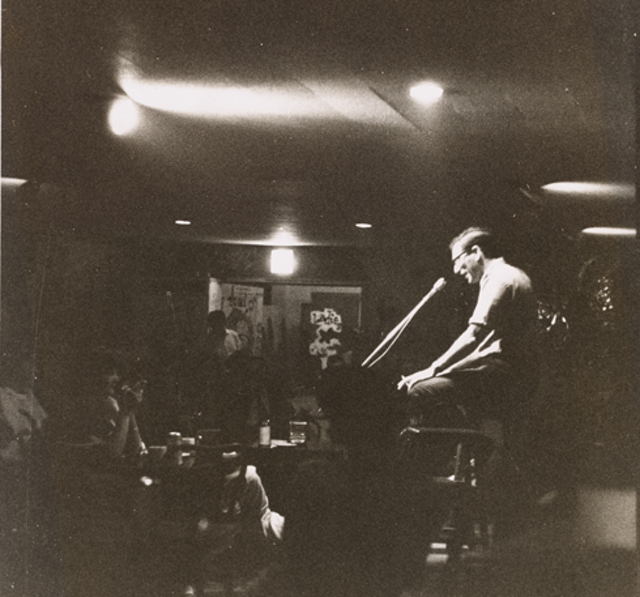 For the next decade, Cafe Wha hummed with the energy of young beat poets, folk troubadours, and psychedelic hippies. "The initial idea was to just get Beatniks hopped up on coffee and ice cream until 5 o'clock in the morning," Hap Pardo, Wha's current manager, told us. Clouds of secondhand smoke would gather on the low ceiling and baskets would be passed around to collect tips for open mic performers. Roth kept Cafe Wha's stage open to everyone, and would occasionally let hard-up musicians sleep in the booths after hours. On a cold night in January 1961 a young Bob Dylan walked in the door. He played a set of Woody Guthrie covers, and the crowd went wild.

As the years passed, a young Woody Allen, Lenny Bruce, and Richard Pryor all found a home performing at Cafe Wha. Mary Travers worked waitress shifts before going on to form Peter Paul and Mary. It was around this time that, rumor has it, Roth installed a bathtub on stage at one point and used it for bacchanalian activities.

In the mid-60s, an undiscovered Jimi Hendrix performed marathon five-set nights with his band the Blue Flames. They'd play five, sometimes six nights each week, with Hendrix often taking his band aside and teaching them new songs in the boiler room during breaks, Pardo said. It's an old Cafe Wha legend that when the Blue Flames were on stage, Jimi's guitar solos could be heard all the way from Washington Square Park, even with the front door closed. 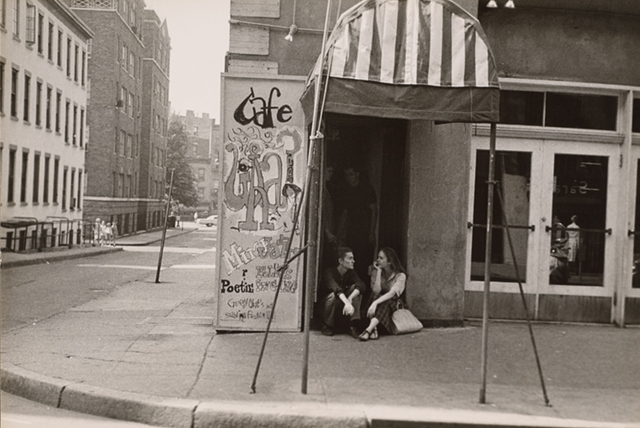 Roth sold the club in 1968 and eventually moved to California, where he lived until his death in 2014. "He'd always call in and check in about the marble floor, asking if it was still there," Pardo said. His last visit to the club was in 2012, when a reformed Van Halen, fronted by his nephew David Lee Roth, performed for a small crowd of lucky attendees. As more of New York City's live rock venues scatter across Brooklyn and Queens, Cafe Wha grows more anachronistic every day, a high-profile Manhattan music venue that opts for live drums and guitar solos over DJ sets and aux cables.

There have been several other owners over the years. Menachem Dworman ran Cafe Feenjon out of the space until 1987, and before that, Pardo tells us, "I believe that Richie Havens initially bought Cafe Wha? from Roth and owned it for a year or two. [Then] at some point, '70 or '71, Manny Dworman bought it changed the name... it was a Middle Eastern place with a house band called The Feenjon I think. Then it went back to Cafe Wha?"

Tall tales are a given for any historic destination venue, and clearly there's not really a reliable narrator attached to this one, but the most-circulated rumor surrounding Cafe Wha is the claim that the current location, on MacDougal and Minetta Lane, isn't the original space. Don't believe it. "That's just not true," Pardo told us. "If you look at old pictures, it's always been here on this corner. I don't know how that rumor got started but it's just not true. It's always been here."

"We try to make live music accessible to a lot of people. We have food and drinks and a great band, and there's not a lot of places like that where you can come on a first date, you can go with your parents," Pardo said as the lights dimmed minutes before opening on a Friday night in January. Soom tables and booths were filled with packs of friends, colleagues, and couples fueling up on the simple sandwiches and burgers that make up Cafe Wha's menu. By 10 o'clock the aisles were full as the house band hit its stride, tearing through songs by Chic, Justin Timberlake, Bob Marley, and yes, Hendrix.

#Cafe Wha
#macdougal street
#original
Do you know the scoop? Comment below or Send us a Tip