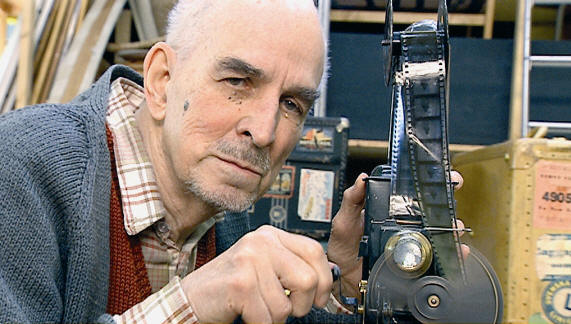 As the New York Times wrote in their extensive obit this morning, "In his more than 40 years in the cinema, Mr. Bergman made about 50 films, often focusing on two themes—the relationship between the sexes, and the relationship between mankind and God. Mr. Bergman found in cinema, he wrote in a 1965 essay, 'a language that literally is spoken from soul to soul in expressions that, almost sensuously, escape the restrictive control of the intellect.' In Bergman, the mind is constantly seeking, constantly inquiring, constantly puzzled. Mr. Bergman often acknowledged that his work was autobiographical, but only 'in the way a dream transforms experience and emotions all the time.'"

Strongly influenced by his work, New York director Woody Allen said at a 70th birthday tribute in 1988 according to The AP, that Bergman was “probably the greatest film artist, all things considered, since the invention of the motion picture camera.”

Bergman first broke out onto the international cinema scene with his series of existential masterpieces in the '50s, Smiles of a Summer Night, The Seventh Seal, Wild Strawberries and The Magician, winning numerous film festival prizes. His 1982 film, which was his last movie produced directly for theaters, Fanny and Alexander won four Oscars including for best foreign film. His last film, Saraband, originally made for Swedish television and released in the States theatrically, revisits his iconic divorced couple Johan and Marianne (Erland Josephson and Liv Ullmann) who are the center of his miniseries Scenes from a Marriage. Bergman knew a lot about marriage and divorce; he married five times, had nine children and numerous relationships with his leading ladies, including Ullmann and Bibi Andersson (both who star in his classic Persona.)

New York repertory houses have often celebrated Bergman's work over the years, particularly Film Forum, and they recently screened the excellent TV documentary on Bergman's life Bergman's Island, which features extensive interviews with the director at his Fårö Island home by Marie Nyreröd. The Criterion Collection has also released a number of Bergman's best films on DVD with restored prints. You can read more about Bergman on Wikipedia, his official site Ingmar Bergman Face to Face and an older Michiko Kakutani's profile in the NY Times magazine.

What is your favorite Bergman movie (we're very partial to the sentimental Fanny and Alexander)?