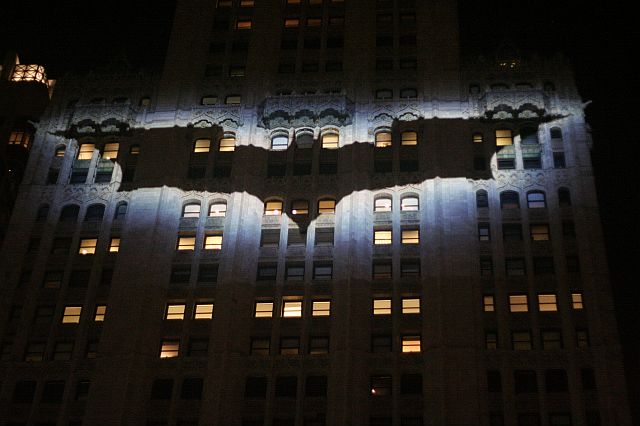 As you may know, it's been a major headache trying to get tickets to The Dark Knight at New York City's only IMAX theater at AMC Loews Lincoln Square. The Fandango website only sells advance tickets in seven day blocks, which have been flying faster then free Bon Jovi tickets. And even when the next block of tickets go on sale, the options for most working stiffs are limited to a single screening per day at 8:45 p.m., with the other closest show times at 12:30 a.m. and 5:00 p.m. If it's killing you that you haven't yet had The Dark Knight: The IMAX Experience yet, there is some information that might interest you after the jump.

According to a friendly Loews staffer, the next block of advance tickets for The Dark Knight: The IMAX Experience is supposed go on sale every Tuesday at 3 p.m. But they're already on sale now! GO! GO! GO! And don't forget to show up early for prime seats; last Saturday night the line was already over 200 people long an hour and fifteen minutes before showtime!