We don't think it would be an understatement to say that the news cycle over the last three days has been the most important news cycle of 2014. With footage of the great Jay Z/Beyonce/Solange elevator showdown leaked, the wool has finally, once and for all, been removed from the eyes of the American people. There is no hiding the truth anymore: the Illuminati is real. In a world that generally makes no sense, it is literally the only explanation that makes sense. And it reasons that the only sense to be made out of the miasma of non-sense is that the Illuminati want to make themselves known. And if you can't make sense of that, then you're a tad insensitive.

We tried to warn you last month—nobody willingly drops the hyphen from their name unless instructed to by the one-world authoritarian government known as the New World Order. Jay Z has already slipped up enough to have been exposed red handed as a card-carrying (this is symbolic, Illuminati don't use real physical cards, they are branded with brand endorsements) member of the Illuminati, thanks to his Five-Percent Nation medallion, his love for hand signs and Tom Ford voodoo chants, his occasional time-traveling, and the ancient code that is "Blue Ivy."

But the elevator showdown between Solange and Jay Z was the 9/11 of Illuminati revelations. There is no going back anymore.

First, some brave patriots spoke out:

Solange is mad Jay won't let her into the illuminati http://t.co/CI7iwZsQRg

I don't want to get conspiratorial, but this SCREAMS #illuminati to me.

The pattern began to emerge:

What if Jay/Bey PAID Alec Baldwin to throw a distracting fit? #illuminati

There were skeptics of course:

But a singularity was soon achieved:

Even if the confluence of IDENTICAL NY Post and Daily News headlines were not enough to convince you of a terrible imbalance in the universe, the AV Club's detailed breakdown of the haunting elevator footage should have done so. They displayed true bravery in disassembling the pyramidical symbols and magical manifestations of the power of three.

As William Butler Yeats, a known Illuminati treasurer, once put it: "Things fall apart/ the centre cannot hold/ Mere anarchy is loosed upon the world/ The blood-dimmed tide is loosed, and everywhere/ The ceremony of innocence is drowned/ When Solange attacked Jay Z/ And Beyonce stood by."

Yes, the elevator at the Standard High Line was the straw that broke the three-eyed camel's back. The video was but one brick in the ultimate game of Jenga—with that footage slipping out into the wrong hands, so too has the tower of lies began to crumble. Signs of the Illuminati are popping up everywhere now, including the Wendy Williams Show.

The NY Post ran a story, "Is Beyoncé sending a subliminal message with her stilettos?" Only if you believe in triangles, WHICH WE DO. 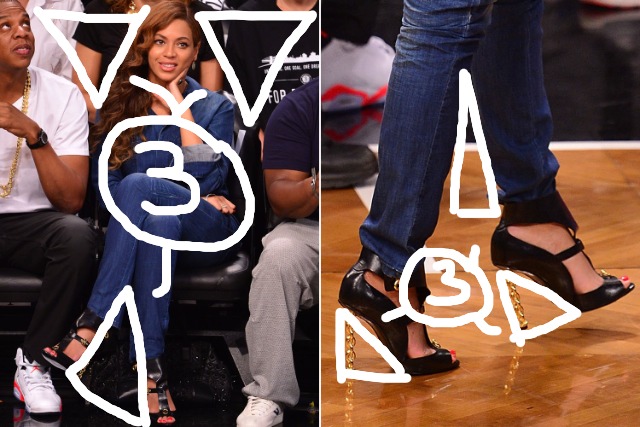 Chaos reigned: we learned that Beyonce may have very recently erased her 'IV' tattoo, the one dedicated to her husband, which is crazy, everyone knows it's impossible to get tattoos removed unless you're Illuminati. Here's the before picture: 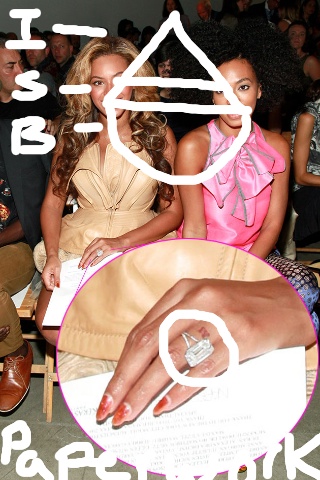 And here's the after: 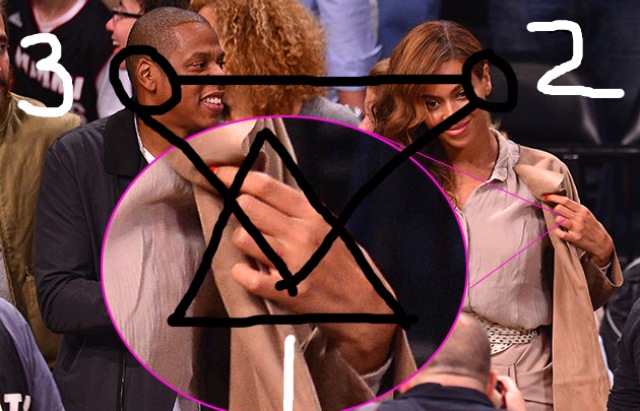 Did you know that The Beych Boys collaborated with Charles IllumiManson?

The evidence keeps piling up: 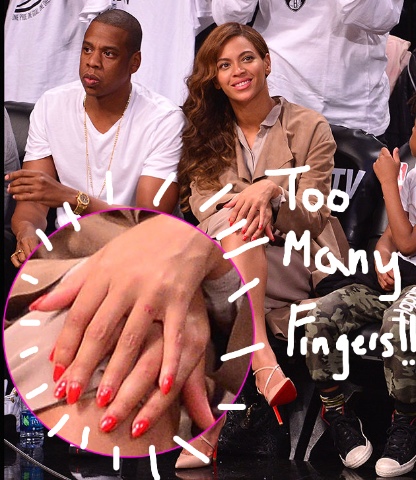 Jaden knows what I'm talking about:

At some point, Jay Z took Solange shopping, and Beyonce went HAM on her Instagram feed, posting several thou-dost-protest-too-much photos of her and her sister. By putting up four photos instead of three, it makes it clear this was a desperate attempt to throw us off the trail. 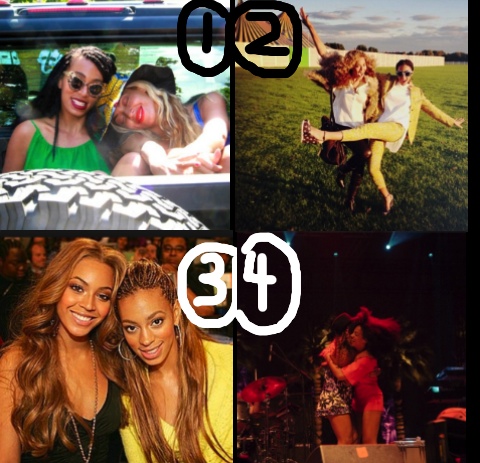 But you can only deny the truth for so long: 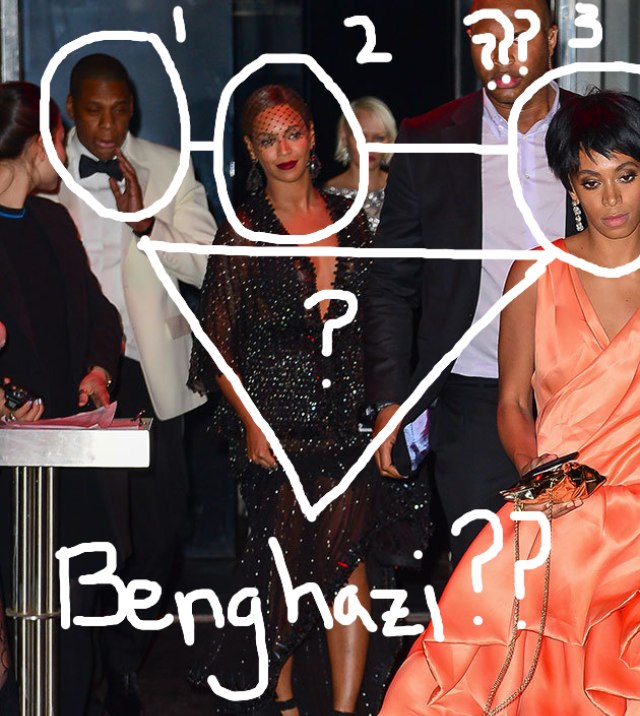 Was Beythoven involved with the conspiracy?

This is not a joke: 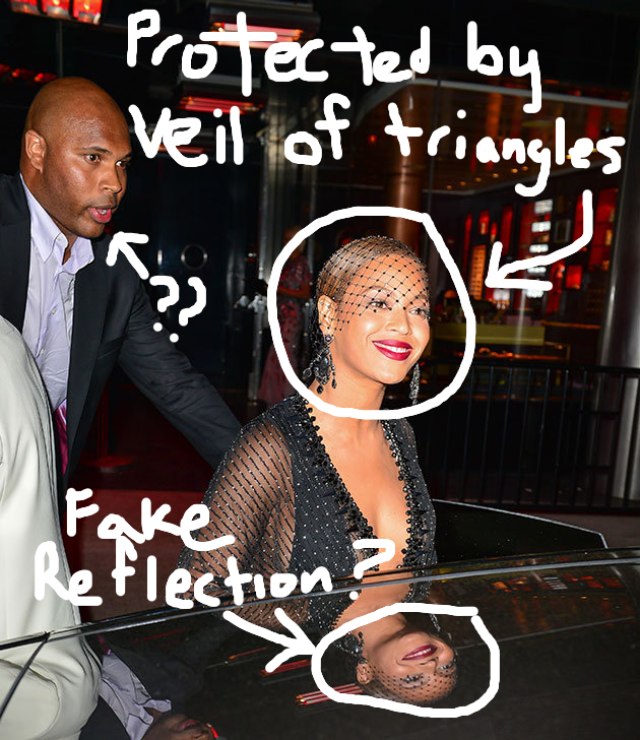 So what could the Illuminati gain from letting the world get a peak behind the curtain? We dare not speculate upon such matters—those who are smarter than us can point the finger. Ultimately, this story will end as every other story has ended since the beginning of time, with everyone blaming Rihanna. Thankfully, there's nothing more important going on these days to distract us from this.

#beyoncé
#conspiracy theories
#facts
#illuminati
#jay-z
#science
#solange
#the truth is not out there it is in this post
#original
Do you know the scoop? Comment below or Send us a Tip