As of 8 this morning the starting points for this year's Idiotarod had already been changed twice. As with every year, the effort to dodge police and the scramble to find the most updated starting line is still underway, but the carts should be off soon...and we'll keep you updated. In the meantime, check out Team Danger Zone's ride! 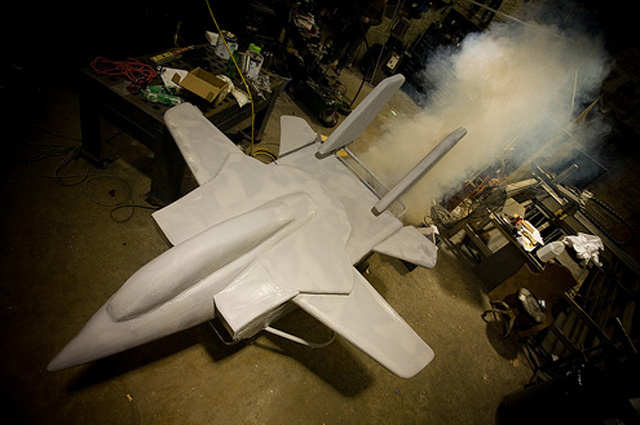 12:35pm - Where are the carts? We just received this message: "There's multiple starts and no one seems to know what's up-- we're at ft green park with a few teams."

12:45pm - Nearly 300 people, including contestants and judges, just crossed the Manhattan Bridge and seem to be coming from Chinatown.

1:00pm - Our team is on their way from Checkpoint 1 to Checkpoint 2 reporting there's "now about 350 involved and a million photographers and video crews chasing them. It looks like contestants are headed towards cobble hill. Lots of food is being thrown. one team has a catapult in their cart lobbing balloons filled with beer, mustard, and mayo. People dressed as ninjas, in jumpsuits, there's a downtown urban exploration team. Lots of x-dressing contestants."

1:30pm - Checkpoint 2 is at the yard near the silo at the Canal St. Bridge (over the Gowanus Canal). Two or three teams have already arrived there. All non-contestants are being told to leave!

1:40pm - Still at 2nd checkpoint, our team is reporting "no cops--best cart is Top Gun jet complete with exhaust and soundtrack. Last checkpoint is Columbia and Hamilton--bar is called Moonshine in Red Hook."

2:07pm - "At last checkpoint at Moonshine, three cop cars on scene but they're not hassling--first teams arriving now."

2:19pm - "Cops said one more complaint and they're shutting it down--a fistfight just broke out between two teams."

2:20pm - "Cops said precinct not informed about block party--not at all happy."

2:53pm - "Kind of a festival atmosphere--someone brought out a grill and is making hot dogs--cops are letting it go on."

2:58pm - "Someone is setting off smoke bombs--cops back on the scene." 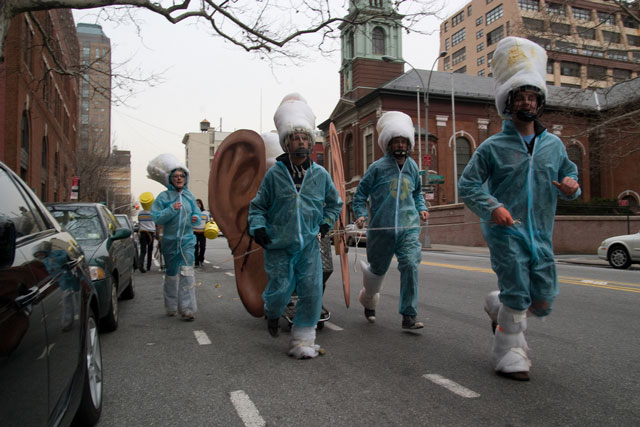 Below is a video of Team Danger Zone. We'll have a "best of" post tomorrow, and look forward to seeing your videos and photos of the day (you can send them to us at tips (a) gothamist dot com, or tag them with "Gothamist" on Flickr).