The only thing this writer personally knows about the Capitol Theatre in Port Chester, New York is that on November 28th, 1992, Phish played a killer version of "Harpua." It included some narration by Trey Anastasio, where he gave a humorous nod to all the liquor stores in the neighborhood. Anyway, we still have it on cassette somewhere! Before that night, however, the theater housed many other legendary musicians and moments. And last night a publicist emailed to let us know they're ready to open their doors again in 2012, with booking by Bowery Presents and Brooklyn Bowl's Peter Shapiro.

The NY Times notes that Shapiro, who is at the helm, plans to book "some of the biggest names in music" at the venue. The paper also looks back at the history of the space, which has a 1,835-person capacity, and has hosted bands like Janis Joplin, the Grateful Dead, David Bowie (video below), Pink Floyd, the Rolling Stone, and basically all of the legends.

Expect doors to open up in mid-2012, and with a bang—Shapiro says, "The Capitol Theatre is a rock and roll icon and we are going to treat her as such. We are going to spoil her and give her the best of everything—the best sound, the best lights, and the best video projection technology of any theatre anywhere. Our plan is to turn the knob to 11 in every way possible." Here's what the ol' gal looks like now. 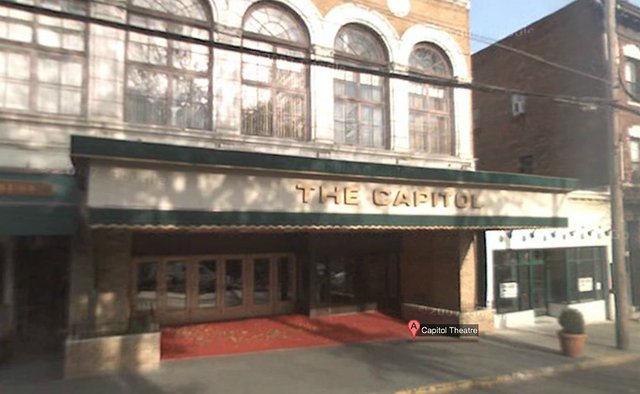 The building was designed in 1926, and is listed on the National Register of Historic Places—it boasts a 65-foot domed ceiling, a general admission floor, a seated balcony including VIP seats, and six presidential box suites. With easy access off MetroNorth, and just 22 miles outside the city, color us excited. And Peter, please bring Phish back.

#bowery presents
#capitol theatre
#peter shapiro
#phish
#port chester
#portchester
#venue
Do you know the scoop? Comment below or Send us a Tip