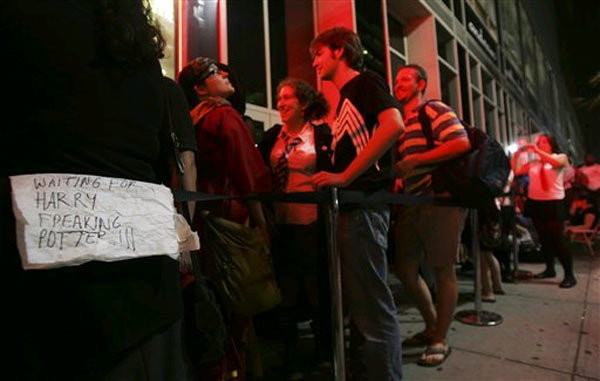 Okay, who went to see Harry Potter and the Order of the Phoenix at 12:01AM? Was it good? Is it better when you draw a lightning bolt on your forehead or wear a Hogwarts scarf? The movie has a 77% Freshness rating, as per Rotten Tomatoes (though it may go up or down as more reviews come in), and offers Harry Potters devotees another way to bide time until the final book, Harry Potter and the Deathly Hallows, is released on Saturday, July 21 at 12:01AM. 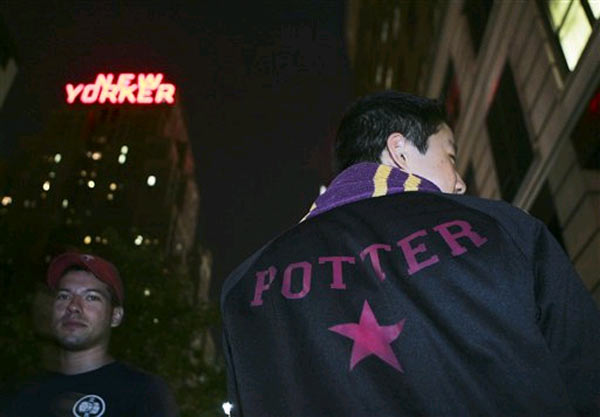 There are also tons of Harry Potter midnight parties - here's the Barnes & Noble locator for them (the big one is at Union Square, with Jim Dale, who narrates the audio books), info from Border's and children's book shop Books of Wonder has a big event, too. And one of our favorite airport security stories from last year is how Harry Potter author JK Rowling was stopped when screeners saw the manuscript for Harry Potter and the Deathly Hallows. She said, "The heightened security restriction on the airlines in August made the journey back from New York interesting, as I refused to be parted from the manuscript of book seven (a large part of it is handwritten, and there was no copy of anything I had done while in the U.S.). They let me take it on, thankfully, bound up in elastic bands."