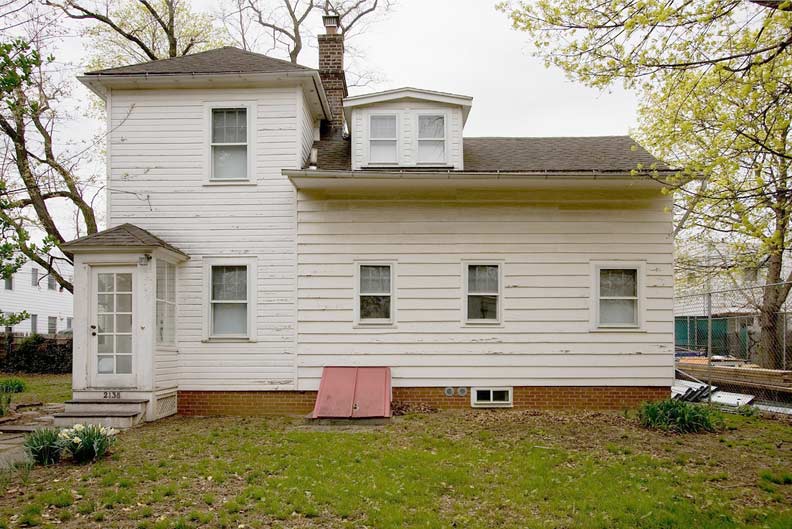 One of the last Dutch farmhouses in the city, the Hubbard House, currently stands in at 2138 McDonald Ave in Brooklyn, but could soon be a thing of the past if it follows in the footsteps of the farmhouses before it. The Brooklyn Eagle reports that the New York City Landmarks Preservation Commission (LPC) will meet next Tuesday to hear out owner John Antonides's case, one that he has been voicing for the past 10 years.

A decade ago they told him "further study" was required, after they discovered it was a 19th century structure, not 18th. What is known now: the Hubbard House was built sometime between 1830 and 1835 (with a two-story wing added in 1925), it is listed on the national and stage registers for historic places, and it is "one of the few Dutch-American houses in New York City retaining its original orientation on its original site with sufficient surrounding property to give some sense of its original setting." Antonides has also restored the house, thanks to a $50,000 grant and a low-interest loan from the NY Landmarks Conservancy; Forgotten-NY has photos of the before and after. Here is more on the history of the Hubbard House.

In 1950 there were 70 farmhouses still standing, today there are only 13, and of those, 4 are not landmarked. In 2003, the Van Pelt-Woolsey House was flattened to make way for condos, after standing strong since 1791. Antonides would simply like to make sure the same thing doesn't happen with his home, though no specific or immediate threat was mentioned.