How Well Do You Know Central Park?

Central Park turned 163 years young yesterday, but I was so busy bracing for the apocalypse that I forgot to send it a card. Sorry about that, CP! Consider it recompense for all the times your metal playground slides burnt the back of my little toddler legs back in the day.

Indeed, the park was officially completed in 1873, following over a decade of construction and, sadly, the eviction of several hundred free black landowners who were living in what was then called Seneca Village. 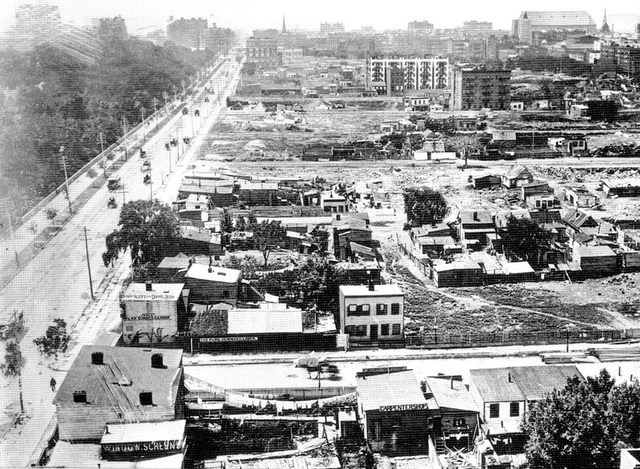 A look at the park's wall and the surrounding area, from the Dakota, in 1890. (via New York: An Illustrated History)

Since then, Vaux and Olmsted's great experiment has become the city's most recognizable greenspace, home to 843 acres of lawns, meadows, ballparks, playgrounds, ponds, reservoirs, and this neat Obelisk, which just happens to be the oldest man-made object in the city and has a TIME CAPSULE buried beneath it: 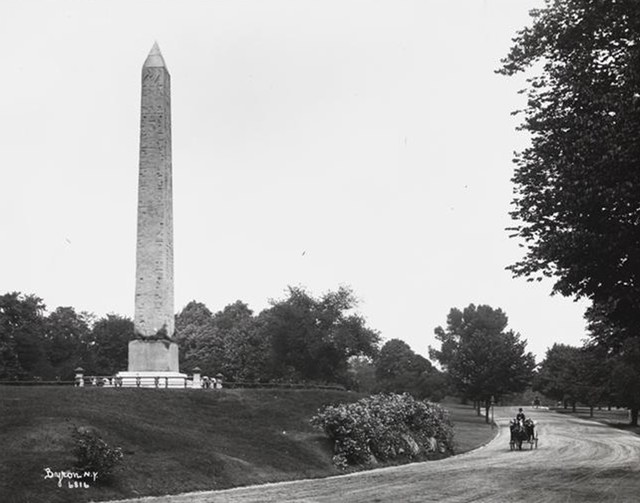 Central Park is also full of secrets, which is why its hair is so big. There's an abandoned subway tunnel under the park that'll soon be commandeered by the Second Ave Subway, for one thing. There was a whole "secret" nature sanctuary that was closed off to visitors starting in 1930, though it reopened this year. If you visit the Shakespeare Garden on the west side of the park, you can freak out strangers by playing around on the little-known Whisper Bench. There's a cave. There's a hidden fort that was built in 1814. And it was once claimed that dinosaurs were buried beneath the park, which is a theory that has since been debunked, though I still choose to Believe.

The park's also played a role in some major historical and cultural moments. During the Great Depression, people displaced by the crumbling economy set up a Hooverville on the Great Lawn. In the 1960s, anti-Vietnam War advocates held "be-ins" in the park, with one 1969 peace rally garnering as many as 20,000 people—protestors set off bonfires, and police had to clear Sheep Meadow. In 1968, Coretta Scott King spoke at a massive rally in the park in place of her husband Martin Luther King, Jr., who had been assassinated just a few weeks earlier. 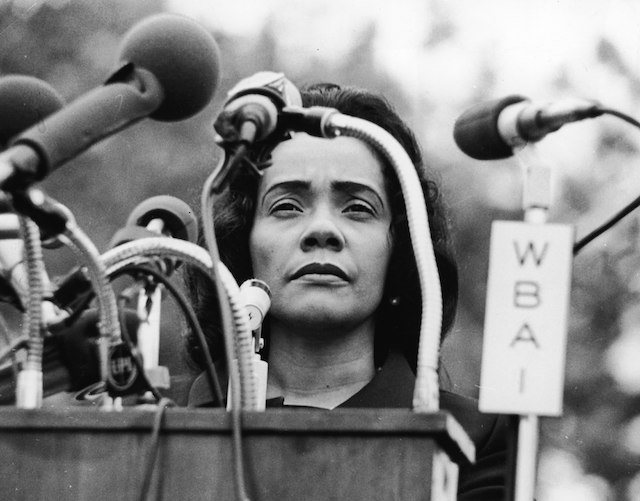 By 1980, Central Park was looking a little rough, boasting broken benches, littered lawns, dead trees and grass, and graffiti. A group of concerned citizens launched the Central Park Conservancy and went to work resodding, restoring, and re-beautifying the park. The Conservancy still keeps the park pretty to this day. 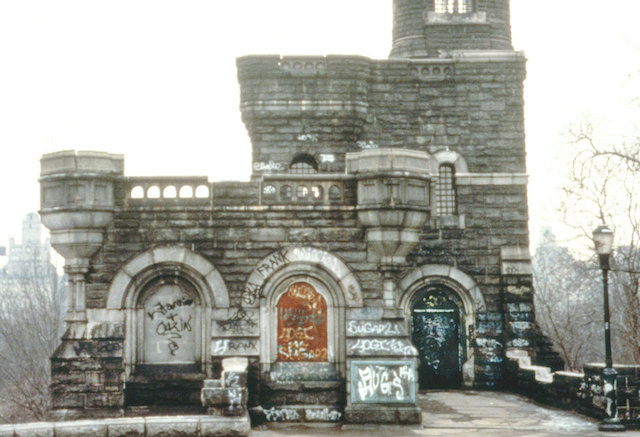 Now the park's back to being a lush oasis, and even though Prospect Park's a bit better designed and much less-trafficked, the city would be a much sadder place had it never been built (though not according to a couple naysaying architects). So happy birthday, Central Park! Here are some more Central Park reading to fete you:

Which Side Of Central Park Is Best: East Or West?
While the Great Lawn, the Ramble, and the Reservoir are shared, here's a look at what each side uniquely has to offer.

Bet You've Never Seen This Central Park Car Chase From The Late 1970s
The intense scene is part of Night of the Juggler, a bit of a cult classic, but one of those cult classics that kind of stands up.

Unpacking Mad Men: The Shooting In Central Park
On July 3rd 1967, 42-year-old Angel Angelof opened fire in Central Park, killing a 24-year Lilah Kistler in a restroom, then standing on the roof of the restroom. The incident got a shout out on an episode of Mad Men.

A Closer Look At Central Park's Maddeningly Slanted Perimeter Walls
Essentially, Vaux and Olmstead wanted to create a “screening border” around the perimeter which would block views of the city.

Everything You Ever Wanted To Know About NYC's Iconic Park Benches
In Central Park, there are four main types of benches: the Central Park settee, the World’s Fair, wood-and-concrete, and rustic benches.

#central park
#central park facts
#park birthday
#original
Do you know the scoop? Comment below or Send us a Tip
A new Gothamist is coming! We’ve moved comments over to our beta site. Click here to join the conversation and get a preview of our new website.