How True To The Bronx's History Is 'The Get Down'?

Separating these facts from the show’s numerous fictions is no easy task, so here’s a brief primer on what’s real (and almost real) in the show’s first 6 episodes.

The ‘Poverty Pimp’ of the South Bronx 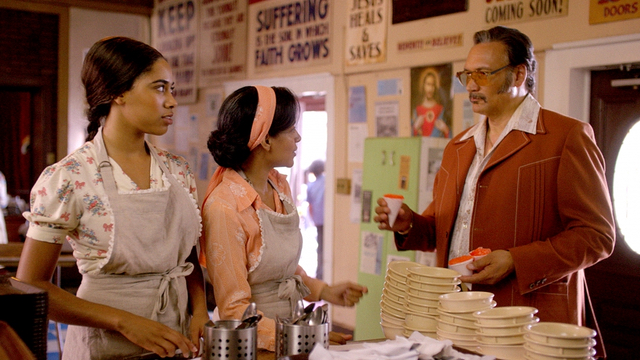 Most of the show’s political threads are filtered through Francisco “Papa Fuerte” Cruz (Jimmy Smits), the moneyed power broker of the South Bronx who cuts deals with Mayor Abe Beame and, later, mayoral hopeful Ed Koch. Beloved by neighborhood locals, Cruz provides essential services to the community and rails against the city’s indifference to their struggles — he calls Mayor Beame an “incompetent, insensitive, bean counting pencil pushing little midget who has betrayed our people and community” — while trading favors for his own benefit. In one scene, Koch and a chairman from the Fiscal Control Committee promise Cruz a $10 million carve out for his affordable housing project if he can deliver the Bronx vote to Koch.

Though “Papa Fuerte” isn’t a real person, the character does bear a striking resemblance to Ramon S. Velez, the “South Bronx Padrino” who oversaw a vast web of poverty programs from the 1960s to the 1990s. Velez was an esteemed figure in the South Bronx, credited with bringing over $300 million in government funds to the struggling neighborhood and organizing the hispanic community into a powerful voting bloc. A polarizing presence outside the Bronx, he was regularly under investigation for corruption and once referred to as a “poverty pimp” by Ed Koch — the same descriptor that Koch uses to describe Papa Fuerte in the show.

Koch and Velez eventually became political allies, though there’s no direct evidence that the real life mayor offered kickbacks to the godfather of the South Bronx.

Planned Shrinkage and a Burning Borough

While burnt out buildings and smoldering rubble serve as a constant backdrop to the show, The Get Down spends regrettably little time exploring the policies and flawed data that allowed the Bronx to burn. The rare exception comes in episode four, when Papa Fuerte offers our protagonist Ezekiel “Books” Figuero (Justice Smith) an opportunity to intern with the Fiscal Control Committee in the World Trade Center. “That’s where they do the planned shrinkage stuff, right?” Ezekiel asks. “Those are the guys who cut our services. Who burn down our buildings and can’t wait til we’re all dead or in jail or on drugs. Or on the first bus out of this city.” 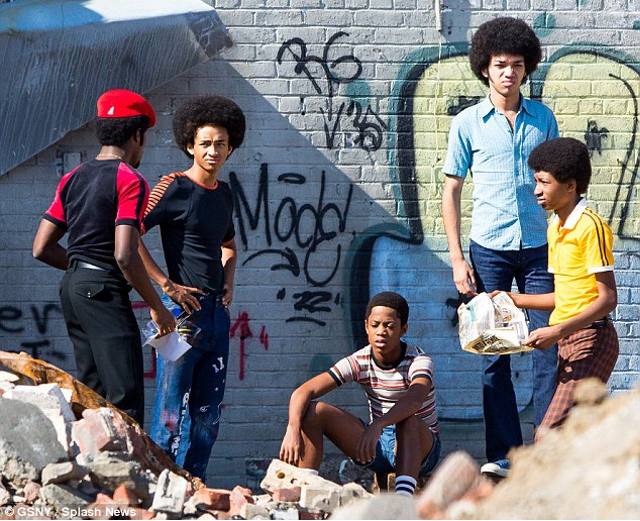 Building rubble turns up a lot in the show.

The Fiscal Control Committee is fictional, but the policies Ezekiel refers to here are very real. In 1976, Housing Commissioner Roger Starr coined the term “planned shrinkage” to describe City Hall’s intention of withdrawing basic services from the city’s most impoverished neighborhoods, with the explicit goal of “hasten[ing] the population decline.” The plan was effective and devastating, as one resident recalled, “municipal services like garbage collection and firefighting were deliberately cut back to encourage the exodus of undesirable populations.”

Thanks to consulting from legendary graffiti artists Chris “Daze” Ellis and John “Crash” Matos, The Get Down is loaded with accurate references to the street art explosion of the 1970s. Colorful trains whiz by with subtle references to iconic taggers like Taki 183 and Stay High 149, and Jaden Smith’s Dizzie (based on “Daze”) is a regular at the Writer's Bench, a real meet-up spot for street artists at the 149th Street-Grand Concourse subway station. 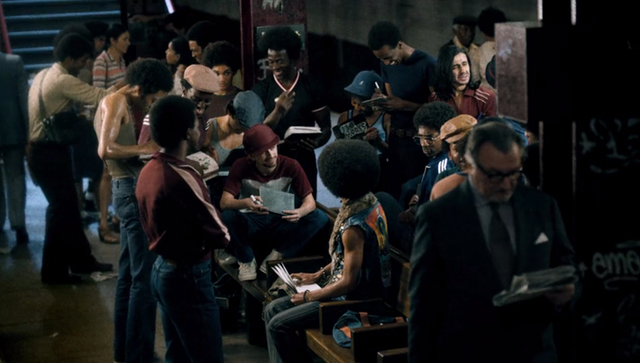 But the meat of the show’s graffiti subplot involves Ed Koch and his singular obsession with ridding the streets of “vile, lawless graffiti animals.” In one scene, he tells Papa Fuerte that the $10 million kickback is contingent on him speaking out against the vandals. Later, Koch deflects one Bronx resident’s question about water shutoffs in the neighborhood by gleefully announcing that repeat graffiti thugs will receive three-day mandatory sentences.

What did the actual Mayor Koch think about graffiti? Well, one of his first acts as mayor was to surround the train yards with razor wire and german shepherds—he actually wanted wild wolves—to scare off would-be taggers. In the 1983 documentary Style Wars, Koch stated that graffiti “destroyed our lifestyle,” a conviction he seemed to stand by in a 2011 interview with La Guardia and Wagner Archives.

The subway exteriors may be spotless these days, but Koch’s hated graffiti is now recognized as a legitimate art form by museums across the world, so it’s tough to say which side came out on top.

Grandmaster Flash and the Purple Crayon

Some of the series’ best moments come from its portrayal of hip-hop’s debt to the Bronx-based DJs of the early ‘70s. In one of the few true-to-life depictions, Mamoudou Athie plays a spot-on Grandmaster Flash, the trailblazing record slinger who provides the central characters (and audience) with a detailed education in DJing, MCing, and b-boying. Flash’s mentorship is pivotal to the storyline, and the boys spend a good chunk of the second episode deciphering why Flash considers a purple crayon to be “the key to my quick-mix theory."

It’d be easy to fudge some of the details here, but the show deserves credit for highlighting the big players of the era while nailing the historical minutiae. As rightly explained in the episode, Flash’s quick-mix theory involved creating a looped drum break by switching between duplicate records and marking the desired segment with a crayon. This wasn’t just some peripheral development to hip-hop, but the groundbreaking innovation that paved the way for mixtapes. 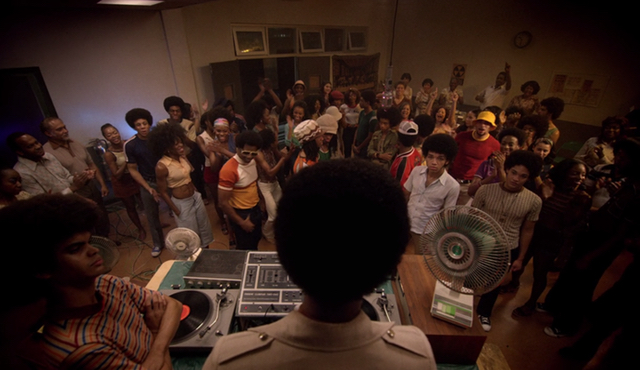 Old heads will point out that it was DJ Kool Herc who introduced the break beat, a technique he first employed in 1972 to get the b-boys and b-girls dancing at parties he’d throw in the rec room of 1520 Sedgwick Avenue. He too gets a respectful tribute, when the boys wander into Herc’s territory and get a lesson from the founding father on the roots of the emerging phenomenon: “We started these parties to have a place to play music, to have fun and stay out of all that static out there on the street.”

The first six episodes of The Get Down are now on Netflix, with six more due out next year.

#1970s
#netflix
#nyc as seen on tv
#the bronx
#the get down
#original
Do you know the scoop? Comment below or Send us a Tip