(Courtesy of the NPS cheerleaders at Pendleton)

This week President Gaslight did not take kindly to truthful-yet-unflattering tweets about the size of his Inauguration crowd, which were retweeted by the National Park Service. His administration put a gag order on them, and the tweets were removed. However, some Parks still won't bend to his will—on Tuesday, the official Twitter account for Badlands National Park went rogue and started dropping actual scientific facts (they were later removed), and on Wednesday the Death Valley National Park joined in, and some National Park Service employees may have started an 'Alt' resistance Twitter account. "You can take our official twitter," they said, "but you'll never take our free time!"

We should be supporting these heroes, some of whom will likely lose their jobs for this, and supporting our national parks, which Republicans seem determined to dispose of. Below, how you can give them your money, learn more about them, and immerse yourself in their beauty. 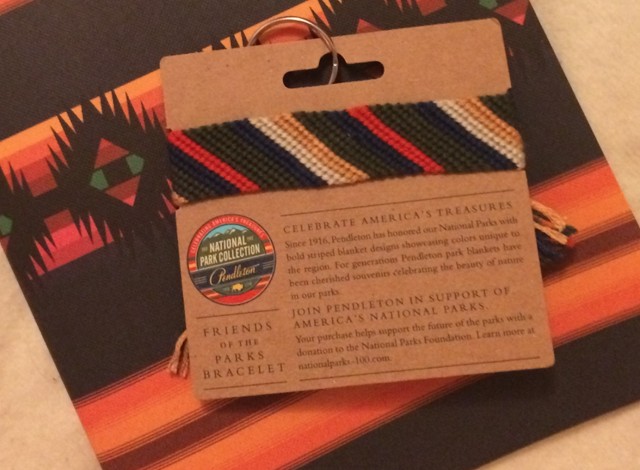 Friends Of The Parks Bracelet, $5. Pendleton has been honoring the National Parks Service since 1916 with their now iconic series of blankets, which they call "souvenirs celebrating the beauty of nature in our parks." The purchase of this bracelet counts as a donation to NPS, and will help support the future of the parks.

The National Parks: America's Best Idea, $54. This Ken Burns 12-hour documentary series was filmed over six years, and tells the story the National Parks, "an idea as uniquely American as the Declaration of Independence. The series traces the birth of the national park idea in the mid-1800s and follows its evolution for nearly 150 years, chronicling the addition of new parks through the stories of the people who helped create them." You can also stream it for FREE if you are an Amazon Prime member. 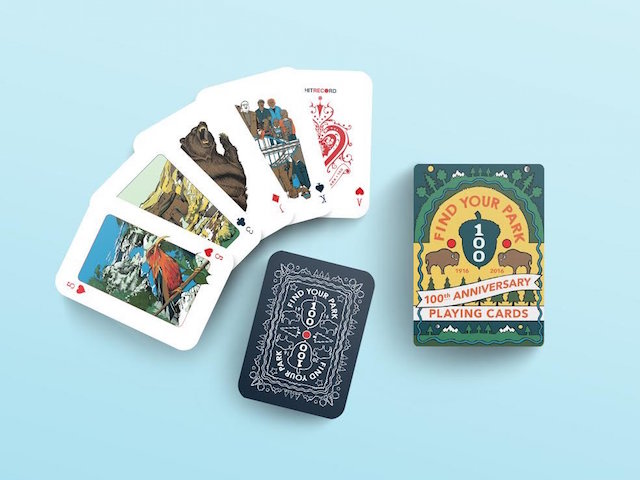 NPS Playing Cards, $12. The NPS has their own wonderful shop, where you can find sweatshirts, mugs, hats, and these playing cards. These were created "to celebrate the National Park Service's 100 year anniversary" last year, and the cards feature different parks, all illustrated by 40 artists from all over the world. 100% of the proceeds from your purchase will go to the National Park Foundation, the official charitable partner of the National Park Service, to help preserve and protect America’s national parks and programs.

National Park Service T-shirts, $15. The NPS has some great T-shirts, including this limited edition one. You'll also find some at Pendleton, and the NPS's own website, as well as the NPF website. 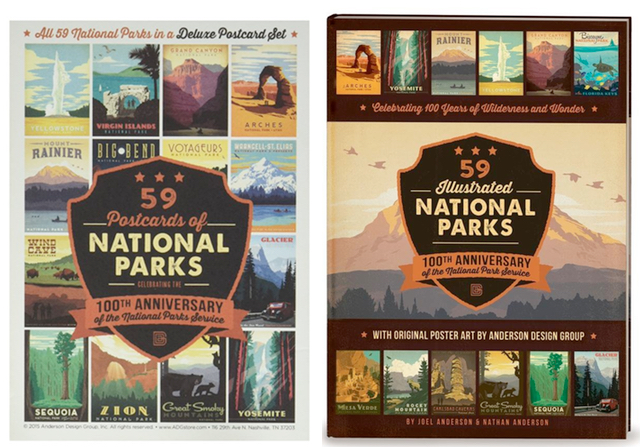 The 100th Anniversary of the National Park Service Book, $38. When they turned 100 last year, the NPS put out a series of items celebrating their centennial, including this gorgeous hardcover book. They also put out a companion postcard set, which we recommend purchasing and sending to your senator. The Women's March organizers have asked that everyone send postcards—"Pour your heart out on any issue that you care about, whether it’s ending gender-based violence, reproductive rights and women’s health, LGBTQIA rights, worker’s rights, civil rights, immigrant rights, religious freedom, environmental justice or anything else."

Ranger Confidential: Living, Working, And Dying In The National Parks, $12. This book by Andrea Lankford tells her story about being a Park Ranger for 12 years. "Lankford unveils a world in which park rangers struggle to maintain their idealism in the face of death, disillusionment, and the loss of a comrade killed while holding that thin green line between protecting the park from the people, the people from the park, and the people from each other." It's the behind-the-scenes story of "the nation’s crown jewels—Yosemite, Grand Canyon, Yellowstone, Great Smokies, and Denali."

Everything at Pendleton. Again, Pendleton is a company that has thrown huge support behind the NPS, and a portion of each National Park Collection purchase helps fund park restoration projects through a donation to the National Park Foundation. Currently those are the Many Glacier Hotel Stairway Project and the Grand Canyon Train Depot Project. One of the Twitter accounts who joined the resistance was Badlands, and you can find a whole line dedicated to that park right here.

Donate Or Get An Annual Pass. And finally, you can plan a visit and/or donate to the NPS through their website. They offer options, too, the best of which is to pay $80 for an annual pass. You can also donate to a specific park, to a park friends group, or to the National Park Foundation, which is their Congressionally chartered national philanthropic partner to support our national programs. You can probably even donate in Trump's name.

#national park service
#NPS
#original
Do you know the scoop? Comment below or Send us a Tip