How To Spell Kosciusko, According To NYC's Teenage Spelling Champ

The trophy on display during the 2017 Scripps National Spelling Bee in National Harbor, Maryland

Rejoice, for the Scripps National Spelling Bee is back and better than ever. Now in its 90th year, the competition features a record number of competitors, a new set of rules preventing ties, and a primetime championship broadcast live on ESPN Thursday night. The contest, a purely meritocratic battle of precocious kids who just love words, is probably our nation's greatest sporting event—and I say this both as a former elementary school bee champ, but also as someone who had to look up the spelling of curriculum while transcribing this interview. 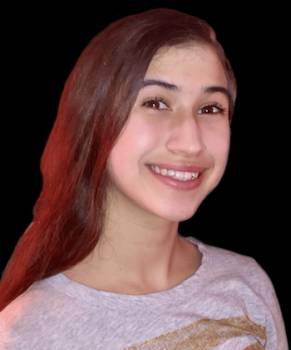 Prior to the competition, we caught up with Sofia Jenia Marquez, an 8th grader at Hunter College High School, and one of two NYC representatives among the 291 spellers competing in this year's bee. As she prepped for the big day, Marquez talked to us about her process, the importance of studying languages, and how to correctly spell New York's hardest word.

How are you preparing? Well, a spelling bee is an interesting thing because you can't really prepare with any lists. There's no set curriculum or anything, so it's not like any other class. So what I do is I look at various different roots in many different languages so that if I were to encounter them in any words I might know their definition or how they would be spelled.

What other languages are helpful here? Well I only speak English fluently but I'm Russian and Mexican, so I know bits of Spanish and Russian, and at school I've been learning French, and by myself I've been learning Korean for the past year. My mother would often speak to me in Russian and I would reply in English, because I'm more of an understanding person than a speaking person.

When did you first realize you were a gifted speller? Well I fell in love with the spelling bee in the 4th grade, when my parents first started watching the National Spelling Bee with me, and since then I've always knew I wanted to stand on that stage. In 5th grade, when I tried, I found that it came pretty easily me.

So, we were thinking about a word associated with New York that's really tough to spell, and we landed on Kosciuszko. Posciuszko? What is that?

Koo-Shoe-Sko. Like the bridge. It starts with a K, that's all I can tell you. Hm. Do you know the language of origin?

[This is the anglicized form of the name, without the Z, which the governor sometimes uses in press releases. We will accept it.]
That's amazing. How is someone who's never even heard of the bridge before able to do that? Well, you know the different sounds you can make in Polish, and how those would be transferred to English.

Sure. I mean it's still a bit of a guessing game.

But like, do you just close your eyes and see the word in front of you—how does it work? Well, I think that having parents who speak various languages and being able to study with them is a giant resource. I think it might be a little harder if you don't know any other languages, you don't know any roots and are just thinking of words off the top of your head. Like if I were to get a French word, I might think, 'Oh I know how I would spell this if I were in French class.' So I think that's a great resource.

It's fine, you don't have to tell us the secret power if you don't want. How are you feeling about the competition? Well, I'm still a little bit flabbergasted that I'm here. I never thought I'd be able to get here in the first place, so it's been like a daze. Of course I'm nervous. I have my first on stage spelling round tomorrow, so very apprehensive. But no matter what happens, it's going to be a great experience.