How Much Is Barney Stinson's East 81st Street Apartment?

In the past we've looked at some unrealistic tv show (and movie) apartments, so how does Barney Stinson's Manhattan bachelor pad stack up? The How I Met Your Mother character (played by Neil Patrick Harris) lives the largest amongst the group of friends on the show, and today some people have been wondering how much his apartment costs.

The apartment is located in Yorkville, at East 81st Street and 1st Avenue, where a much more modest 2-bedroom rents for around $2,300 a month, and a 3-bedroom condo goes for around $1.6 million. 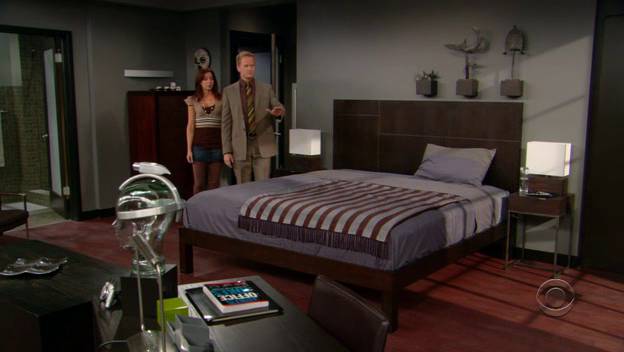 Barney works at Goliath National Bank, but his job title hasn't been fully specified. One Redditor notes, "Using the 40x rent formula, this would mean his salary is 320-400k, which just about fits for an executive at an evil big bank." What do you think, is this a realistic place for Barney to hang his hat?

Below is a walk-through of the apartment... in Spanish. And if you want to decorate your apartment like Barney, check this out.

#apartment
#barney stinson
#neil patrick harris
#nyc as seen on tv
Do you know the scoop? Comment below or Send us a Tip
A new Gothamist is coming! We’ve moved comments over to our beta site. Click here to join the conversation and get a preview of our new website.