How Much Does Dog Size Matter 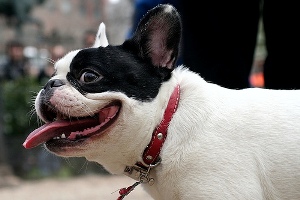 It's back to the Upper East Side dog run fight: Remember how dog owners are battling over a future 6,200 square foot (!) dog run on the Upper East Side, because tiny dog owners want a separate space for their petite pooches while large dog owners want a continuous space? The Parks Department has decided to put up a temporary fence (1,200 square feet for the small dogs, 5,000 for the big) to see how things go, but New York magazine reveals results of a dog census.

Lori Light, owner of a nine-pound Maltese named Rupert, has taken a dog census of 103 buildings near the park. The result (small dogs: 1,148; big dogs: 328) shows, she says, that “78 percent of the dog population is getting less than 19 percent of the space.”

Know what we're curious about? The weight of the dogs. But a reader commented that originally the dog run would have given 2,000 square feet to small dogs, but at a Community Board 8 meeting, no small dog owners were present and the small dog run plan was eliminated. And New York Tails had an article about dog run segregation - it's a heated issue all over town, but manager of the Tompkins Square Dog Run Garrett Rosso said before putting in a small dog run, there "were over 67 serious dog fights and one reported death in 2001," but after, there's only been "one reported injury to small dogs."