Hot Garbage Wind & Other Things That Smell In The Summer

In other parts of America the summer smells like fresh cut grass and lavender and ocean waves and weathered baseball gloves, but in New York City it smells like all the food rotted and was shoved into an attic. And we all live in the attic. And everyone in the rotting food attic is sweating.

Garbage is one of city's top notes, but that smell is so complex—just as Eskimos have fifty words for the different types of snow, we should have at least that many to describe the unique smells of garbage around town. And with that in mind, let's dive into our list of summertime city stenches. 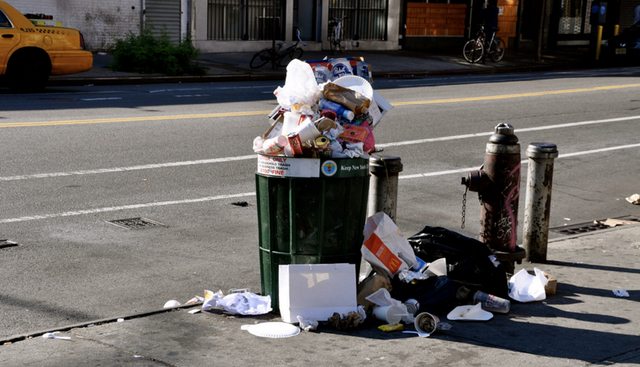 GARBAGE CONCRETUS (Garbage on the sidewalk)

This is the garbage you get a whiff of on the sidewalk. Stuffed into black plastic bags and set out in the sun, all it needs is about ten minutes to bake before the scent transforms into something so intense it's palpable. It rarely even matters what is in this grab bag of garbage, because it all becomes one scent, so strong you dare not take a breath near it as it would allow for unwelcome identification of what's inside. And a little taste, even.

Once our smelly garbage becomes a trace element that can be carried by wind, there's no escape. Even without a garbage bag in sight, you may still smell the stench of other humans' trash. Earlier this year science told us that since New Yorkers make a lot of garbage and have nowhere to immediately put it, it essentially becomes us. The tons and tons of garbage that's created each day is stored in dumpsters, filling our air until it can be brought out to the incinerators. And even THEN, if "this waste is incinerated across the river, strong winds can still carry the stench back over to the city on a hot day."

GARBAGE DOMUM (Garbage in your house)

The smell is coming from inside the house! Unless you have some sort of fancy air-conditioned kitchen, your garbage is going to bake up nicely in your home during the summer months, and fast. You are both the problem and the solution here—just get a smaller trash bag and dump it daily... contributing to our unique aforementioned garbage wind. 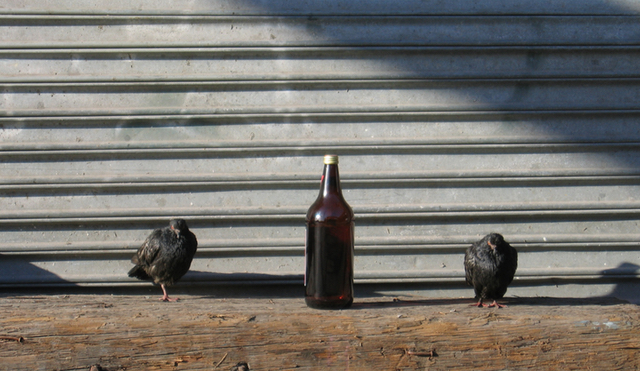 The city smells like a beer-fueled party that never got cleaned up. (Gothamist)

Remember that science article from earlier, about the garbage and odor and wind? Well it got worse if you kept reading it: "It turns out that the combination of heat and humidity allow bacteria to grow faster and smells to travel further. Increasing temperatures mean molecules move faster, resulting in enzymes speeding up metabolism and cells quickly increasing in size. Heat is basically bacteria’s best friend." Ergo, on a hot and humid day, odor becomes more powerful, and "the water in the air causes the odors to dissolve, trapping them longer than if it were a dry day outside." Sweet hell this sounds like a sci-fi movie.

ODORATUS POPULUS (The smell is people)

You may think you are smelling one criminally under-deodorized human in the subway car, but you are smelling them all. We have so many people in this city (27,000+ people per square mile) that the body odors build up and combine into a massive force.

ODORATUS SUI (The smell is you)

There was a comedian who once joked that they would duct tape deodorant to their underarms and just adjust all day long in the summer. We should all be doing that. 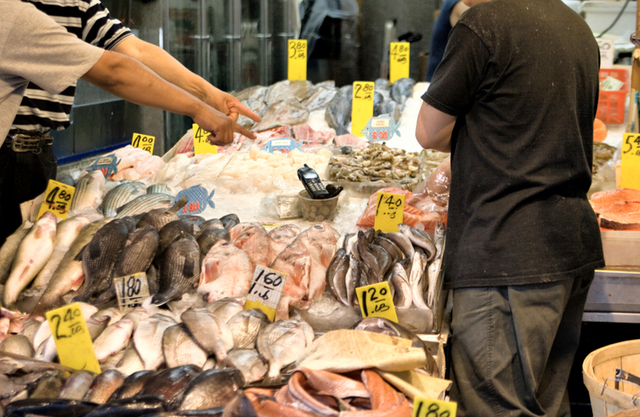 Now, take any of the above and combine them with specific summer in the city smells, which include: hot, melting dog shit; urine (it's baked into our city, and radiates in summer); public restrooms (urine + urine cakes + heat + mildew); outdoor fish markets; and (as one scent expert told the NY Times last year) “warm beer... you know, when you party too much, and you forget to clean up?”

#scents
#smell
#smells
#summer in the city
#summer smells
#original
Do you know the scoop? Comment below or Send us a Tip