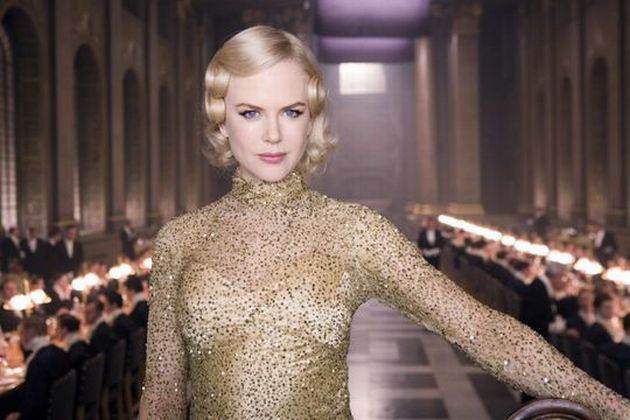 The holiday-time movie releases are starting to pile up with their usual feverish frequency. Some have Christmas themes, like the widely reviled Vince Vaughn vehicle Fred Claus that’s already roadkill on the lost highway of cinema history; others, like Ridley Scott’s American Gangster, are timed to make an impression as close to Academy Award-voting season as possible. Here are some of the biggest gorillas set to dominate New York’s screens in the next six weeks.

The Mist is one of the standout short stories in Stephen King’s Skeleton Crew collection; the elegantly suspenseful novella tells the tale of terrified Maine townspeople seeking refuge in the local supermarket from a sudden, all devouring fog. According to this Times profile, director Frank Darabont (The Shawshank Redemption, The Green Mile) changed the ending from open-ended to Apocalyptic, a bold choice that could either bomb or blow our inner adolescent away. (Today)

The artsy Todd Haynes Bob Dylan biopic I’m Not There opens at Film Forum and elsewhere; good luck getting tickets but check out the superb soundtrack, which boasts two discs of Dylan covers by a cast of thousands including Stephen Malkmus, Yo La Tengo, Willie Nelson and Cat Power. (Today)

Skipping ahead to December finds New Line Cinema attempting to relive their Lord of the Rings glory days with The Golden Compass, part one in a potential fantasy trilogy (if this one doesn't tank). Adapted from the first of three books in Philip Pullman’s extraordinary His Dark Materials series, the $205 million production stars Nicole Kidman (pictured above) as an avaricious scientist bent on recovering the titular device, which grants oracular powers to the story’s 12-year-old heroine. Pullman, an English agnostic, intended the book to serve in part as a corrective to C.S. Lewis’s Christian allegory The Lion, The Witch and The Wardrobe; the Catholic League has called for a boycott of the film, right on cue. (December 7th)

I Am Legend is the third film adaptation of Richard Matheson's ‘54 novel of the same name; some recall Charlton Heston’s snarling, mutant-blasting turn in The Omega Man, fewer remember the original ’64 adaptation The Last Man on Earth, starring Vincent Price. The new version, starring Will Smith and to be released in IMAX, is the one they blew up the Brooklyn Bridge for, so it better be worth it. (December 14th)

Francis Ford Coppola’s first directorial effort since 1997’s The Rainmaker, Youth Without Youth stars Tim Roth as an elderly linguistics professor who gets struck by lightning during the ramp-up to World War II. The lightning causes him to age backwards and grow rapidly smarter, which attracts the attention of Nazi scientists, from whom he must flee, from country to country, growing younger and younger. Will Roth escape the Nazis before reverting to diapers? Find out next month! (December 14th)

Perhaps more terrifying than the thought of a teething Tim Roth is the prospect of sitting through the new live-action Alvin and the Chipmunks movie. Well, if you’ve got children you'll no doubt have to face that fear sooner or later: those hilarious chipmunks are back and badder than ever – this time in glorious, CGI glory! Yo parents, crank the volume on your computer WAY up and check out the all the banging new hip-hop dance tracks on the movie’s website! Not ready to get down to Alvin and the Chipmunks' “How We Roll”? Maybe you should have thought about that before you brought kids into the 21st century. (December 14th)

Tim Burton’s film adaptation of Stephen Sondheim’s musical Sweeney Todd has the Oscar water cooler crowd all aflutter. (A recent screening of a 17-minute excerpt from the film drew raves and Best Picture predictions.) The supposedly gory film version stars Johnny Depp as a crazed Victorian-era barber who slits his customers’ throats and colludes with his lover, played by Helena Bonham Carter, to bake the corpses into meat pies. The big question is whether mainstream American audiences will swallow a movie that’s almost 90% music, especially considering Burton’s admission that “practically everybody in the film is not a singer.” (December 21st)

Thought the prospects of rapping CGI chipmunks and a musical starring non-singing actors were horrifying? Then we’ve got a movie for you: a sequel to the hybrid Alien Vs. Predator hit of Aught Four! This time, it’s Aliens vs. Predator REQUIEM. Prepare to be cinematically Tasered, bro, as a lone predator squares off against an infestation of aliens in Colorado. But there’s a happy ending: talented New York stage actor John Ortiz cashes in as the movie’s token Latino. It all goes down on Christmas morning. (December 25th)

Daniel Day-Lewis stars as a turn-of-the-century self-made oil tycoon in Paul Thomas Anderson’s long awaited There Will Be Blood. Taking Upton Sinclair’s muckraking novel Oil! as a springboard, the heavy drama uses black gold as lens darkly through which Anderson views the timeless American traditions of greed, piousness and hypocrisy. With a score by Radiohead’s Jonny Greenwood. (December 28th)

Woody Allen has turned his nose up at New York in favor of London yet again, though this time without his most recent muse Scar Jo. His latest jaunt, Cassandra’s Dream, is a sordid crime drama in the spirit of Match Point; it stars Colin Farrell and Ewan McGregor as brothers caught up in gambling-related money problems. They turn to their ostensibly respectable uncle, played by Tom Wilkinson, for help, but he’s got problems of his own, and pleads with the boys to rub out an old business partner. Bananas, it ‘aint. With added aural prestige by Philip Glass. (December 28th)

What new release has you the most excited/filled with dread? Let us know in the comments!