Historic Moments At The US Open, New York's Tennis Tournament

Feel the energy of the biggest matches in tennis, August 31 - September 13. American Express® Card Members can get early access to 2015 US Open tickets. Presale now through June 6 11:59PM ET. Get your tickets now! 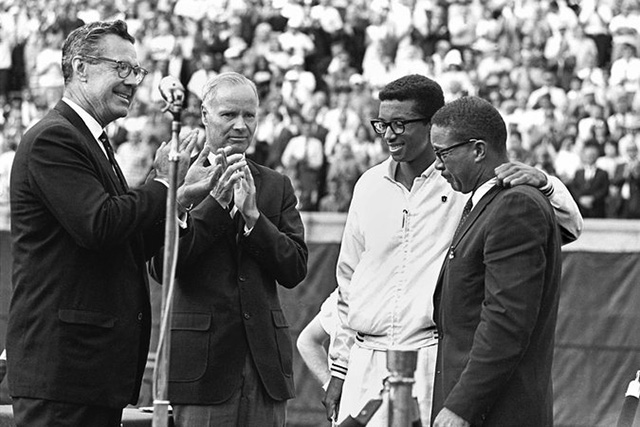 As his father weeps, Arthur Ashe is cheered as the first-ever US Open winner and the only black man to do so to date. (Russ Adams)

At the end of every summer, nearly 1 million fans flock to Flushing Meadows for one of the greatest tennis events in the world. As the finale of the Grand Slam, more rides on the US Open than a typical tournament, while its homecourt status in New York City adds that extra bit of electricity to what's already the tennis event of the year. For a little background, here are some of the most pivotal, groundbreaking, thrilling moments in US Open history.

1881: The first tournament, in its original iteration as the "U.S. National Championship," is played on grass at the Newport Casino in Rhode Island.

1887: 17-year-old Ellen Hansell becomes the first woman to compete and win in the tournament after six years of men-only play.

1915: With the understanding that most players and fans live in the New York area, the tournament relocates to the West Side Tennis Club in Forest Hills. 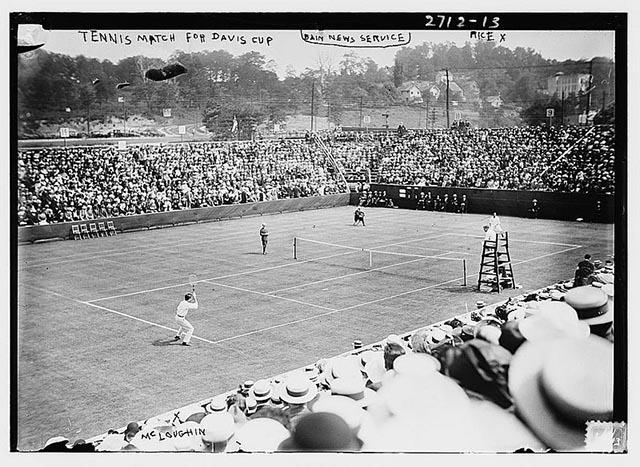 A match at the West Side Tennis Club. (George Grantham Bain, via Wikimedia Commons)

1924: Upon its return to New York, the tournament is now regarded as one of the world's top tennis events.

1960: Margaret Osborne duPont wins her 25th career US Open title, a record still unbeaten by any player, male or female.

1964: The Singer Bowl is built for the World's Fair, later to be repurposed into Louis Armstrong Stadium, for a time the main stadium at the US Open. 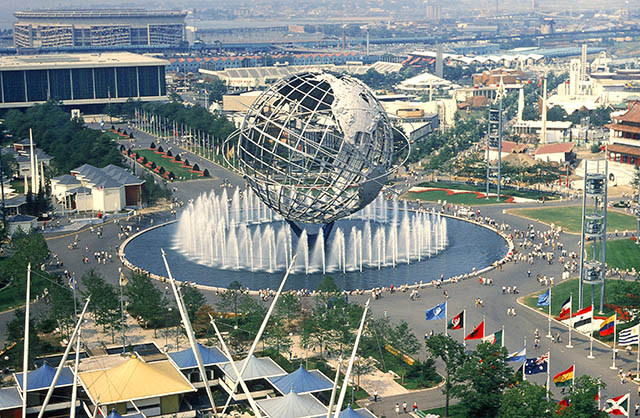 The Singer Bowl is visible behind the Unisphere and to the right of Shea Stadium, all three becoming architectural icons of the 1964 World's Fair. (By PLCjr from Richmond, VA, USA (NY World's Fair 1964-1965) [CC BY-SA 2.0], via Wikimedia Commons)

1968: Arthur Ashe wins the title at the inaugural tournament and remains the only black man to win a singles title at the US Open.

1970: The US Open is the first Grand Slam tournament to use a tiebreak in the deciding set.

1976: Young phenom Björn Borg is crushed in the finals in four straight sets by World No. 1 Jimmy Connors, beginning a career defined by consistency everywhere but the US Open. 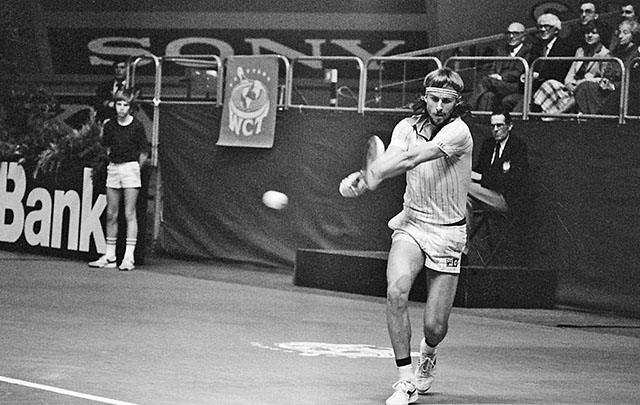 1978: The tournament relocates to the USTA National Tennis Center in Flushing Meadows, Queens, where the playing surface transitions from clay to acrylic hard court.

1978: Jimmy Connors becomes the only player to win a title on each playing surface: grass, clay and hard court.

1989: Chris Evert wins her 101st singles match, the standing record for any player, male or female. 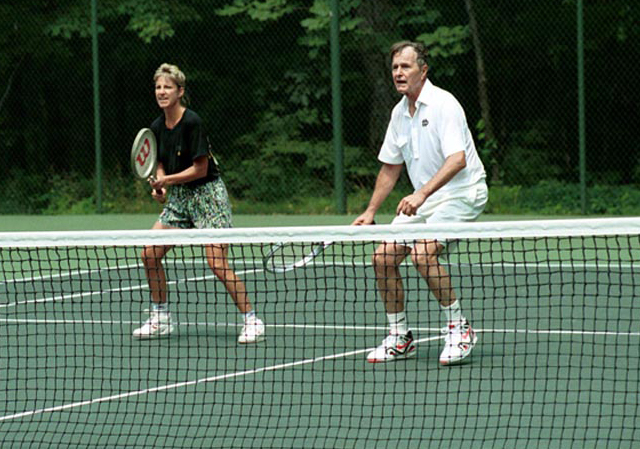 Chris Evert was a household name, even going so far as to play alongside George Bush, Sr. at Camp David. (By US federal Govervenment, via Wikimedia Commons)

1990: Pete Sampras becomes the youngest men's singles champion ever at the age of 19.

1997: Arthur Ashe stadium opens with 22,547 capacity, making it the largest tennis-specific stadium in the world.

2006: Instant replay is introduced after a controversial 2004 quarterfinal between Serena Williams and Jennifer Capriati in which many bad calls went against Williams.

2012: With 63, Serena Williams now holds all of the top four records for Most Aces in a Tournament by a female player. 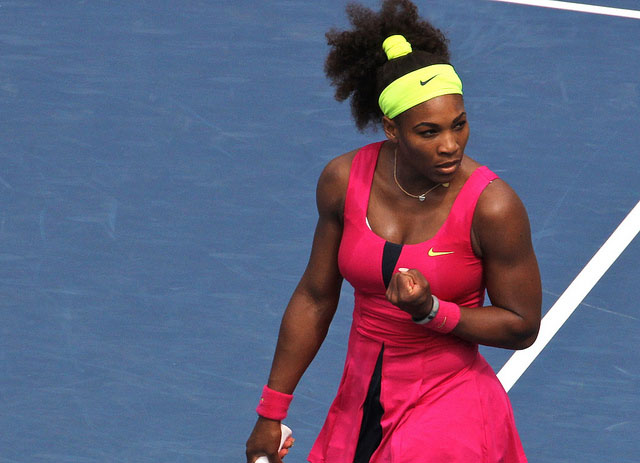 Serena Williams dominates at the 2012 US Open. (Marianne Bevis on Flickr)

2014: After 15 years, Serena Williams wins the Women's Singles title for the first time since 1999, the longest gap in US Open history.

2015: On August 31 the US Open commences with Marin Čilić and Serena Williams as standing singles champions.

If this has you counting down the days to August 31, don’t miss another historic US Open moment. American Express Card Members have until June 6 11:59PM ET to get early access to 2015 tickets, so grab some now!

#american express
#gothamist collaboration
#us open
Do you know the scoop? Send us a Tip