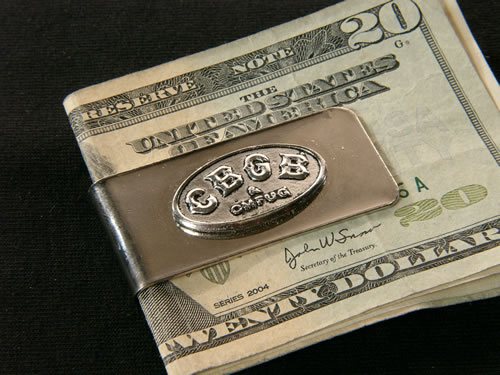 The Village Voice is reporting that Hilly Kristal was a millionaire. Not really surprising considering the owner of CBGB, who claimed to be broke, ran more than just a venue. Just look at all those kids wearing their Urban Outfitters t-shirts with the club's logo on it. Those cost money! So does everything branded with their logo at their own store.

Just weeks after the legendary former CBGB owner passed away, his heirs—who thought Kristal was broke—are finding out that the old punk impresario was worth a surprising $3.7 million.

And that kind of money, naturally, is not going to be divvied up without a mosh pit of family infighting.

Kristal's son, Dana, isn't happy at the way his sister Lisa Kristal Burgman, for example, encouraged his mother, Karen Kristal, to sign away any rights to the corporation that ran CBGB almost three years ago—when Karen, 82, was already showing signs of senility and may not have realized what she was giving away.

Karen Kristal (real name Sara Rebecca) the president of Sareb Restaurant Corp, the company that ran CBGB & OMFUG, signed over the liquor license and her interest in the company (10 shares, or 100 percent of Sareb) to her ex-husband Hilly in January of 2005. Now, at age 82 and not in good health, she doesn't even remember signing the papers.

Additionally, she and her son tell the Voice that Hilly and Lisa repeatedly told them there were no assets, even though there was a $600,000 house in Asbury Park. Hilly Kristal's will left $100,000 in a trust for Dana and the rest of the tangible assets to Lisa, who was also named the executor (which means she gets the executor's cut, too).

Hilly and Karen were apparently still close, and she even worked the door at the club after they split. She says he promised her a payday, and now that he's gone -- it seems that payday will never come. For now, Karen lives in a rent-controlled Fifth Avenue apartment, which she pays for through her savings and Social Security.