Here's Where You Can Watch The 2016 Macy's Thanksgiving Day Parade

Are you ready for some big balloons, festive floats and marching bands? Then join the millions of people eager to take in the spectacle of the Macy's Thanksgiving Day Parade tomorrow. Don't worry, the rain showers aren't expected until the afternoon.

The parade, which begins at 9 a.m., starts its route at Central Park West and 77th Street and goes down CPW. It travels across Central Park South, heads down 6th Avenue, and then stretches across 34th Street to Macy's. (Yes, many streets will be closed.) 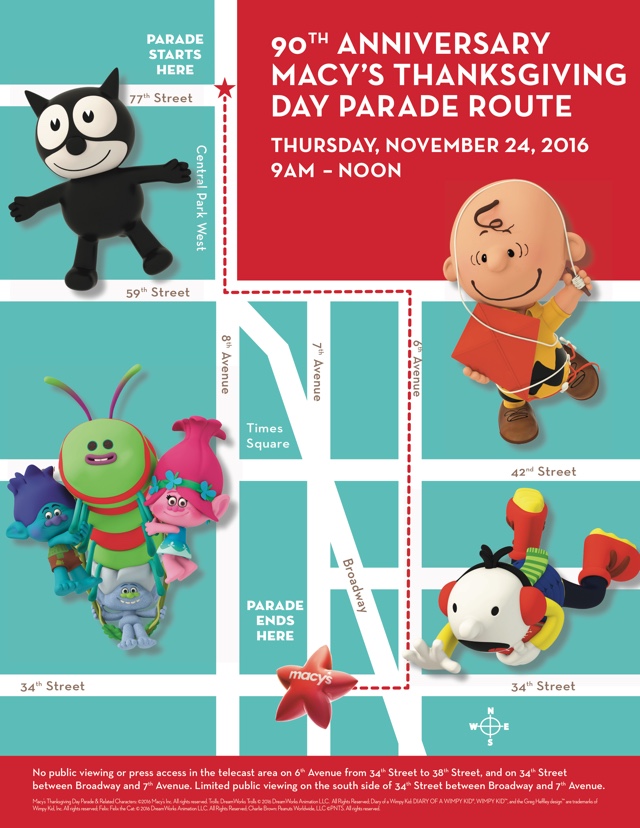 Many spectators arrive along the route hours before it begins to secure spaces, and some industrious people bring their own viewing aids. (See photo below.)

Besides the beloved balloon gods which dance along the streets on this sacred day, there are many elaborate floats created across the river in New Jersey. Macy's says many are "three stories tall and several lanes of traffic wide, but must collapse to no more than 12 ½-feet tall and 8-feet wide in order to safely travel from the New Jersey studio to the Manhattan starting line via the Lincoln Tunnel." 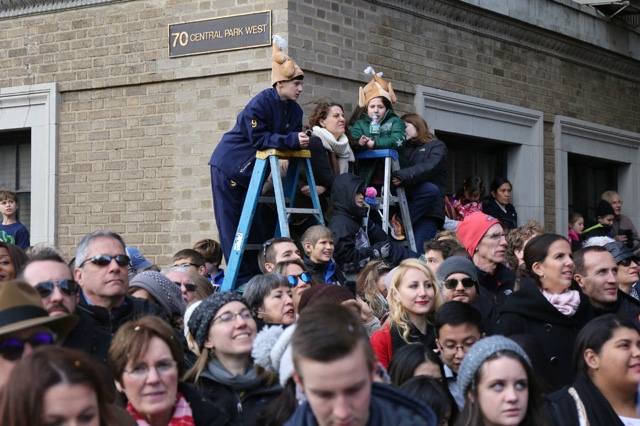 Per Macy's, the parade will have in total, "16 giant character balloons; 27 novelty/ornament balloons, balloonicles and trycaloons; 26 floats; 1,100 cheerleaders and dancers; more than 1,000 clowns; and 16 marching bands and performance groups."

The balloons are being inflated this afternoon; here's a guide on where to watch them come to life.