Here's Where You Can Watch The 2015 Macy's Thanksgiving Day Parade

Thanksgiving is almost upon us, and while many people are running off to catch a plane or train or figure out the least enraging way onto I-95, 3.5 million people will be lining the streets of Manhattan to watch the 89th Macy's Thanksgiving Day Parade tomorrow.

This year, Macy's says the parade features "17 giant character balloons; 24 novelty/ornament balloons, balloonicles, and trycaloons; 27 floats; 1,100 cheerleaders and dancers; more than 1,000 clowns; 12 marching bands; a host of celebrity performers; and of course, the one-and-only Santa Claus." (You can see the balloons being inflated today on the Upper West Side!)

The parade, which begins at 9 a.m., starts its route at Central Park West and 77th Street and goes down CPW. It travels across Central Park South, then parade heads down 6th Avenue, and then across 34th Street to Macy's. 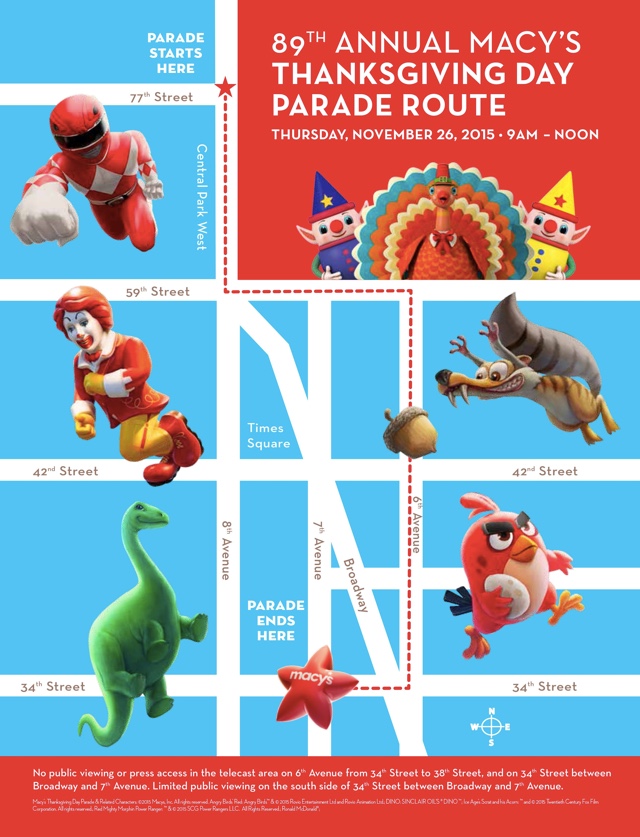 Sesame Street, Peanuts and Cirque du Soleil are among the floats, and the line-up of performers Mariah Carey, Questlove, Train, Panic! at the Disco, Jennifer Nettles, Rachel Platten, Trey Songz, Pat Benatar, and many more. There big finale, as it is every year, is Santa Claus. 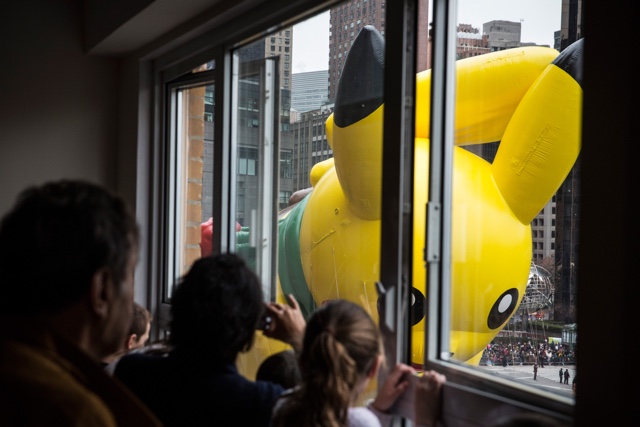 The parade is also broadcast live on NBC, in case you want to avoid these street closures on Thursday: