If we're finding it difficult to walk in this pittance of snow we received today, then what about the New Yorkers who were dealing with 16-inches of the white stuff? The Blizzard of 1899 dumped at least that much snow on the city, and back then there were no Bean Boots to keep your toes from freezing off. Even if there were Bean Boots (which actually would be available by 1912, as a hunting boot), they didn't exactly go with the women's clothing of the time.

Back then "shoes were narrow and often emphasized. They had a pointed toe and a medium height heel." Popular footwear featured buttons, lace, pearl buckles (and other accoutrements we'd never dream of putting on our winter boots), and during the winter they were basically just "edged in fur to stave off the chill when riding in a carriage." Here's one example of what they were wearing on their feet during the cold-weather months: 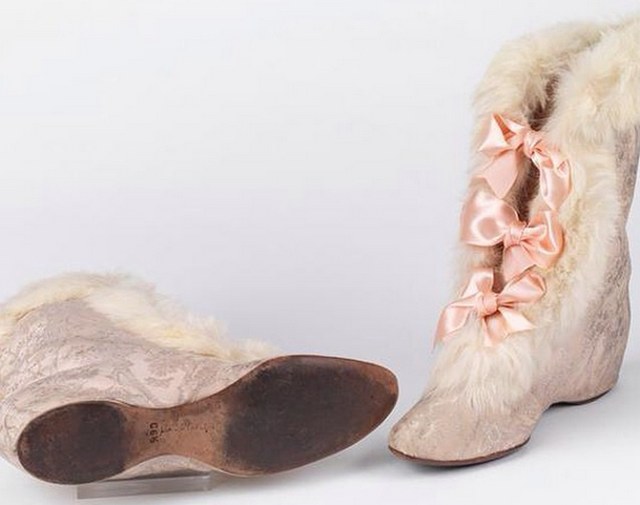 Photo courtesy of the Museum of the City of New York

The Museum of the City of New York posted this photo on their Instagram, showing a pair of winter boots circa 1900s—"The soles could have better treads, but had we lived amongst New York's elite in the Gilded Age, this pair of carriage boots featuring white brocaded silk trimmed with white fur and pink ribbons would probably do just fine" for weather like we had today.