Here's What A $40 Million Brooklyn Heights Dream Home Looks Like

If you have ever walked down the Brooklyn Heights Promenade, you've likely turned your attention away from the glorious Manhattan skyline, and over to the properties that overlook it. The Promenade is filled with the backyards of some of Brooklyn's most coveted brownstones, and the most expensive one just got put on the market for $40 million. According to the Wall Street Journal, that's a record price for a home in the borough.

"Located on Pierrepont Place, the mansion was built in 1856-57 and is known as the Low Mansion, named after the onetime owner and businessman A.A. Low, whose son, Seth Low, became mayor of Brooklyn, and then mayor of New York starting in 1902. In total there are 15 bedrooms, 16 bathrooms and more than 9,000 square feet of garden and outdoor space. The building is currently subdivided into eight apartments, but the tenants are on short-term leases and the house can be sold vacant." 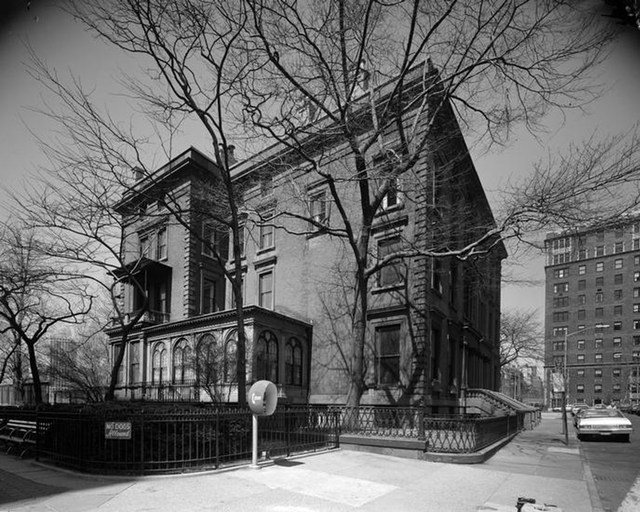 2-3 Pierrepont Place were originally the Alexander M. White & Abiel Abbot Low houses. (Courtesy the Museum of the City of NY)

The Corcoran listing notes that there are 4 floors and FIFTY ROOMS in the 17,354 square foot space. Retired banker Jeff Keil is the current owner of 3 Pierrepont Place, and told the WSJ that he'll "miss the large Thanksgiving gatherings—34 people around a table—in their Brooklyn apartment." Maybe rich New Yorkers eat dinner differently than the rest of us.