Later this month, Harmony Korine's KIDS will meet at BAM for a 20 year anniversary event. The controversial and disturbing flick (which the NY Times declared to be a "wake-up call to the modern world") was released in 1995. That wake-up call came mostly through the hands of inexperienced teens themselves—Korine was 19 when he wrote the film, which was directed by newbie Larry Clark, and the cast was mostly plucked off the streets. 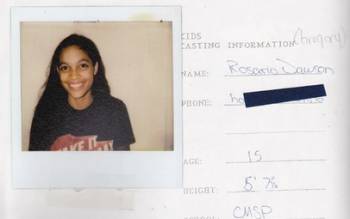 The casting flyers read: "Looking for: Real NYC kids. All backgrounds and colors. Guys and girls 13 - 19 years old. For feature film shooting in New York City, starting mid-July." (See the full flyer below.) Upon the film's release, Filmmaker Magazine got into the casting process:

The casting director, Alyssa Wishingrad, worked with others in combing the streets of New York for the right replacements. [Co-producer Christine] Vachon remembers how "posters were handed out in city parks and pasted up on the street. If you saw someone who looked right, then ‘Great, let’s get this kid too.’" While many actors, like Pierce, had already been cast, others, like Fitzpatrick, were recruited from the street.

Only Jennie, as Vachon explains, created a problem: "Mia Kirshner was originally cast as the one professional actor but there was something that separated her from the rest of the kids." In the end, Clark went with a completely non-professional cast. And only a few days before production begin, Chloe Sevigny, another one of the "kids" from New York’s downtown scene, was cast as Jennie. 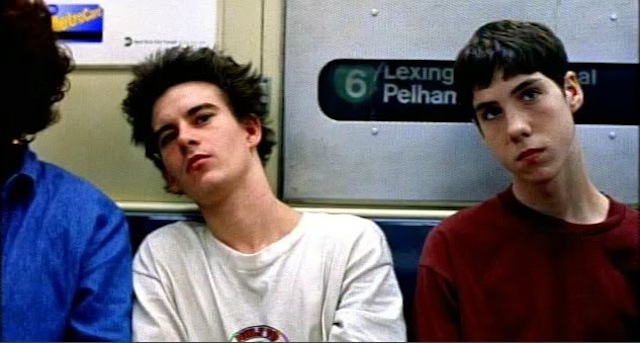 Recently, Larry Clark talked about the film, and touched on casting: "Most of the cast we chose... Harmony wrote for them. Harold was Harold.The girls were a little difficult to find. We had to find girls that were actually 18 that looked 12." (Dawson was actually 15.)

Clark added that some of the kids just showed up on set one day: "It was all scripted, there was no improv except one scene, the four boys on the couch at the end of the party, those boys just showed up from San Francisco, and came over because they knew the skaters, and I saw them and I said, 'Man, I have to do something.' So I stuffed them on the couch and said 'talk about this, talk about this'... it was magic, probably the best scene in the film, incredible. Some of the crew wanted to quit... they thought I shouldn't have been filming 13 year old kids smoking weed. But it wasn't my weed." 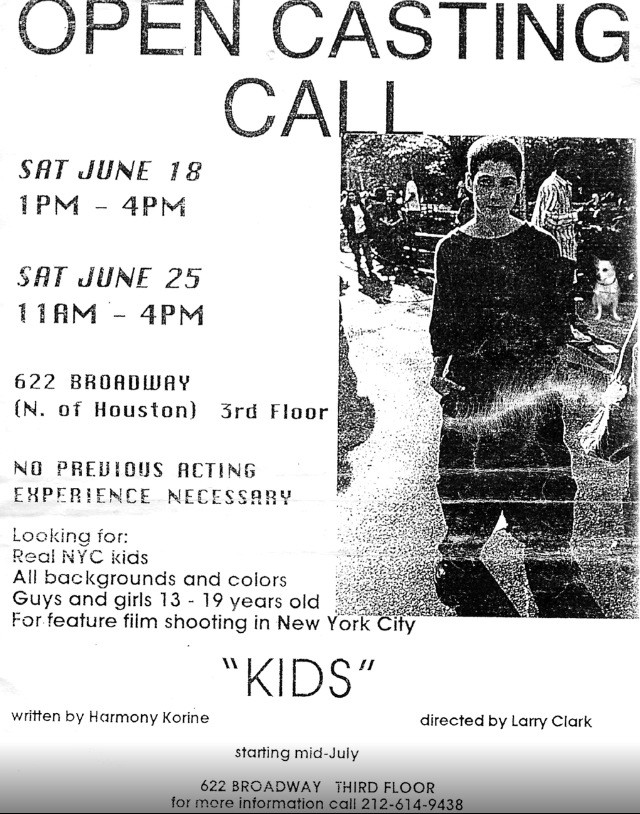 The 20 year anniversary showing will be June 25 at BAM and will feature a cast Q&A.