Following the death of New York City icon Bill Cunningham in 2016, his family discovered a manuscript amongst the photographs and other belongings in his apartment (not far from his former, longtime 300-square-foot, rent-controlled unit above Carnegie Hall). There were pages upon pages telling the story of his extraordinary life, which came as a pleasant shock to many, as Cunningham was known to be pretty private throughout his life.

Penguin Press editor Christopher Richards was informed of the discovery, and recently recalled, "When they called me and said ‘Bill Cunningham,’ it was a real shock. It seemed impossible that Bill of all people had written a memoir. You’re so vulnerable when you write about yourself at length, and the idea that this particular man, who was so guarded, had done this was a complete and total surprise."

The memoir, Fashion Climbing: A Memoir with Photographs, is out today. Below is an exclusive excerpt, which brings you back to 1956, when Bill (who went by William J.) pulled off a big fall showing of his hat designs, despite some big obstacles—"This nobody William J. was causing a sensation; everyone wanted to come." 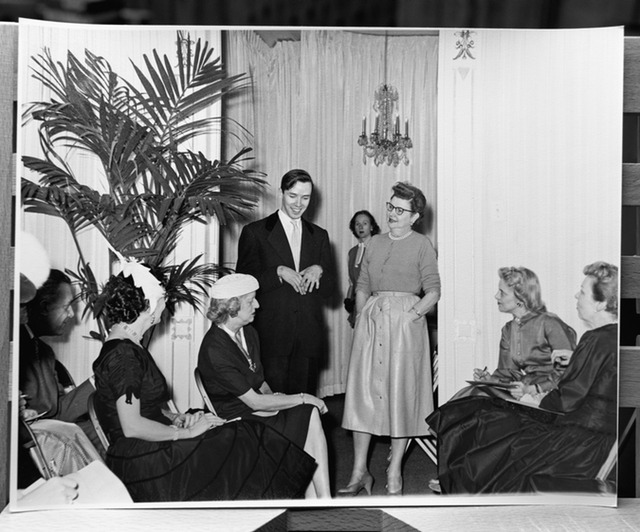 Bill during one of his shows. (Courtesy of the Bill Cunningham Estate)

In July ’56 I was about to give my fall showing, and I had the feeling it was going to be one of my best. The out-of-town press were going to be in New York at the same time, and they had never seen my work. I tried to schedule a showing with the leader of their group, Eleanor Lambert, a New York publicity woman who incidentally wrote a newspaper column on the side. At any rate, Eleanor informed me that there was no room for my showing, that only the big houses were allowed time. This made me so mad I decided somehow I was going to show. After all, this was America, and freedom prevails. It’s funny how you get so patriotic when someone steps on you.

Two weeks before the showing, I looked over the fashion calendar, and every single hour of the day was taken; only from midnight until seven the following morning was free. I saw where the two hundred out-of-town press ladies would be guests at the new play My Fair Lady, hosted by one of the rich manufacturers, so I decided that was the hour—I set my show for midnight, after the theater. Well, it caused a storm of protest, and if you’ve ever imagined throwing a monkey wrench into the grinding gears, this was it. Eleanor Lambert had a fit, as I also announced that the cast of My Fair Lady would be present, and the out-of-town press would have a chance to meet the stars. There was hysteria over the musical those first few months, so you can imagine the industry’s fury. They just didn’t know what the hell to do. This nobody William J. was causing a sensation; everyone wanted to come.

Donna Cannon, who helped me with my showings by making pictures and releases, nearly died. Everyone had feared Miss Lambert, and I had taken the bull by the horns in going ahead with my elaborate plans. Five hundred people requested invitations, for a shop that held 125 people not too comfortably. As for the cast of My Fair Lady, three or four of the cast were my closest friends, and they had asked Rex Harrison and Julie Andrews and the other stars if they’d like to come to the show. They all accepted. I had finished designing the collection, and I could feel it was one of my best, so I invited all five hundred people to the show. Two days before the showing, I started clearing all the rooms. 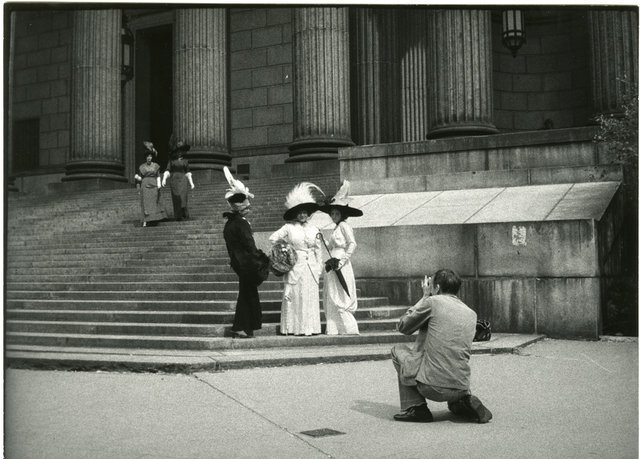 The landlady wouldn’t let me put anything in her back garden, and there were no storage rooms, so I brought yards and yards of heavy clothesline rope and hung all the furniture—worktables, chairs, and my bed—out the back windows of the house. The Museum of Modern Art was only two doors away, and for all anyone knew, this was just another mobile—pop art ahead of its time.

When the rooms were empty, I saw how ugly the walls really were, so I decorated using the theme of my collection, the Enchanted Forest, and rushed down to the big flower market and bought huge crates of smilax, the stuff I remembered hanging all over the ballrooms of the debutante weddings and parties. I also bought all kinds of exotic tropical foliage, which sprouted out of the walls from cardboard florist containers we had nailed high on the door arches. We then bought hundreds of live orchids and hung them among the greens that covered every inch of the walls and ceilings. I then went to the Museum of Natural History and rented a dozen stuffed rare birds, which I suspended on invisible wires and perched in the chandelier. In the front entrance room, I placed a stone fountain with a plump cherub holding a dolphin that spit water. Outside the house, on the eight steps of the stoop, were massed tall palm branches. The two six-foot-tall red peacocks from the Christmas decor and a gold-sprinkled red carpet that ran from the street curb up the stairs and through the rooms added to the glitter. A friend stood at the door dressed as a maharaja in a huge turban of draped lamé. I had been able to fit two hundred red-and-gold folding chairs into the empty rooms, and I built a temporary models’ room in the hallway of the house. 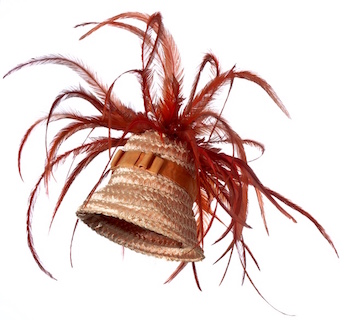 I did all this in two days, without sleeping. Everything I couldn’t hang out the back windows, I stashed away in the fourteen-foot-tall bathroom, but left room around the bathtub— which I had painted gold and filled with champagne—from which two rented butlers served the mob. Tiny sandwiches were piled four feet high on top of the john. There just wasn’t room left anywhere. By eleven on the night of the showing, my photographer friend Mr. Mack got out of a taxi and, not seeing a soul around, thought it was going to be a bust. I told him not to worry, that the show was set for midnight, and I was sure everyone would be there. I remember Mr. Mack quietly got on the telephone and called his wife to get ahold of all their friends to help fill the place up. When Mrs. Mack and her friends arrived they could hardly open their cab door, for the crowd.

By eleven forty-five the cops were out and cars were jamming Fifty-Fourth Street. The neighbors were all hanging out their windows, and well over five hundred people were trying to get through my door. All of the two hundred out-of-town press members came, if not out of spite then surely curiosity, as their leader Eleanor Lambert had warned, from the stage of the Hotel Pierre, that I was a fraud, and the cast of My Fair Lady wouldn’t be at my show. She advised them not to waste their time. Eleanor soon discovered you don’t tell the press what to do.

Poor Rex Harrison was nearly mauled. As he reached the door every female in hailing distance went wild. Some people say Julie Andrews made it; I never saw her. I did see Jayne Mansfield in a pink mink stole and white string gloves. Her husband carried her, and Look Magazine snapped lots of pictures. All of the two hundred press got in, but many of them became panicky over fire, etc. and started a hell of a rush back out. It reminded me of the Pacific meeting the Atlantic. I remember making a speech, that the mannequins would show the hats as soon as they could wiggle their way through the crowd—and this took twenty minutes of wiggling! When there wasn’t another inch of space inside the rooms, friends and I desperately set up little gold chairs on the sidewalk of Fifty-Fourth Street, and I promised that the models would march right out the door and show the hats. Several of President Kennedy’s sisters sat in the front row on Fifty-Fourth Street—they never got up the stairway—as my more fragile society customers stood in astonishment in the street. The neighbors across the way had the best seats of all, sitting in their shirtsleeves and summer shorts, drinking beer and eating sandwiches. The show finally got on after I broke down in tears over the excitement of the hats. It was a glamorous show, and everyone who survived the ninety-degree heat to see it still talks about it.

After the show was over, the lucky ones dipped their cups into the gold bathtub filled with champagne, but no one was hungry. I ate those little sandwiches for a week after.