Here's A Wall In Seinfeld's Apartment That You Probably Never Saw

Starting June 24th, Hulu will make every episode of Seinfeld available to stream, all 180 of them. You know what you won't see in those episodes though? This wall. They yadda yadda'd right over it! 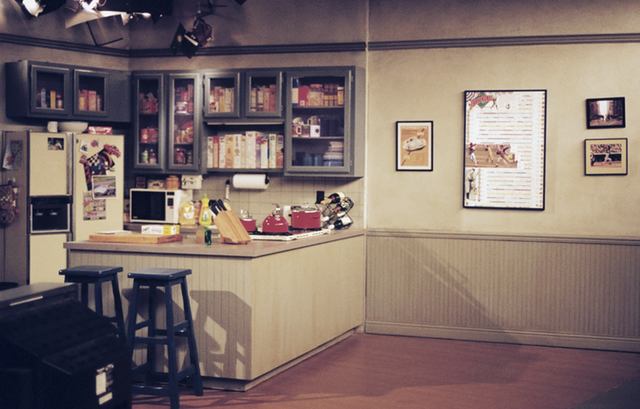 Today, one day after the show's 25th anniversary (it premiered on May 31st, 1990), Vox has declared that this "never-before-seen photo" shows "the fourth wall." The photo, which has been up on Getty for quite some time, has probably been seen by at least a few (hundred thousand) people. But sure, let's play this game. So, what has the wall been hiding?

You'll see a vintage Porsche ad, a baseball poster, a photo of an old horse and carriage, and another baseball picture. It's classic Jerry — it turns out that even on the fourth wall, his passion for baseball and cars is fierce.

The cameras never really panned back to show the wall, since that's where they were operating from. This clip shows pretty much all of the point of views we got on our screen:

And here's an interview with the show's set designer, Thomas E. Azzari, who was responsible for the look of the show.

What is the deal with blog posts about Seinfeld's fourth wall?

#reveal
#seinfeld
#wall
Do you know the scoop? Comment below or Send us a Tip