Women's looks have been subject to judgment since the beginning of time, and beauty pageants are the perfect way to parade them around in bathing suits and caked-on makeup, dangling a crown and some blue ribbon of approval in front of them. And while everyone seemed to have a more of-the-era natural beauty back in the day, the events still all seemed just as unnatural as they do today. Often doctors and other pseudo "authorities on beauty" were brought in to the mix to make it all official, and even more odd.

Previously we revisited 1912, when a 24-year-old from Brooklyn Heights was declared the “most nearly perfect specimen of womanhood," and below you'll find 1921's "prettiest girl on the beaches of New York." 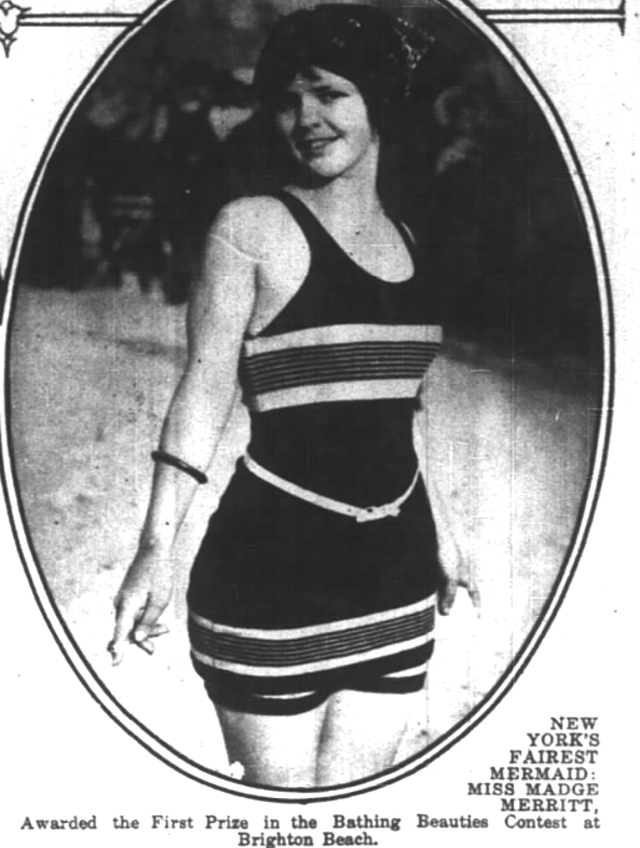 Sorry, runners up, next time be prettier: 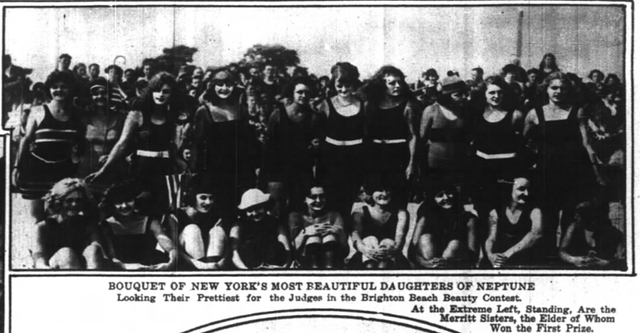 The NY Times reported on the contest thus: "More than 5,000 persons crowded Brighton Beach yesterday to watch the selection of the prettiest girl on the five beaches of New York. There were twenty beauties, four each being sent from Manhattan Beach, Long Beach, Brighton Beach, South Beach, and the Rockaways. Following a parade, Miss Madge Merritt, 17 years old, of 2653 Bedford Avenue, Brooklyn, representing Brighton Beach, was selected as 'the queen of New York beaches.'" 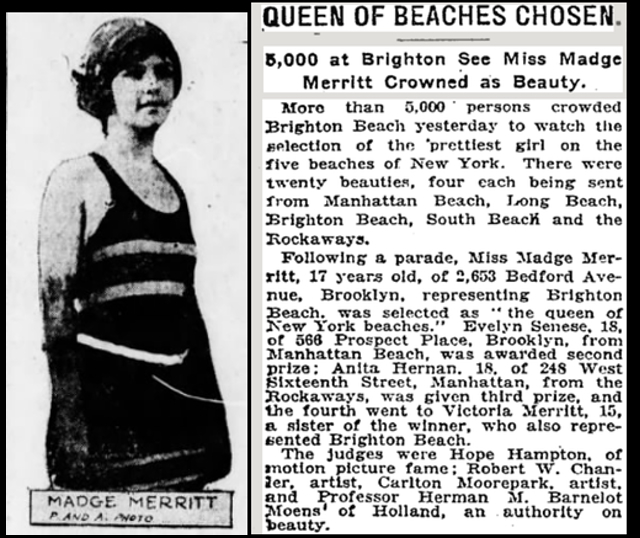 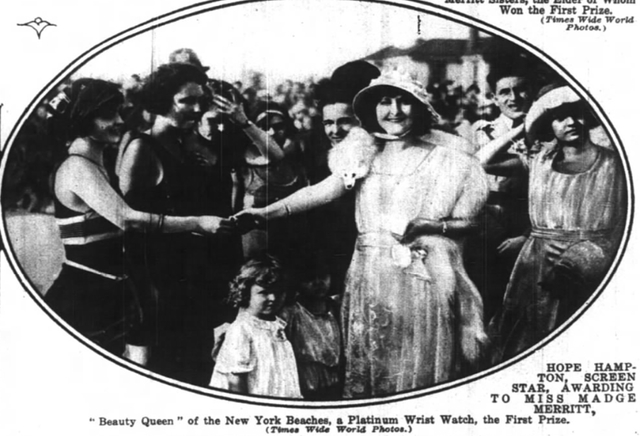 While Madge held it down on the sand, she wasn't the best swimmer—in 1922 she was saved from drowning at Brighton Beach... by the same lifeguard who had previously saved her in Miami! The story made front page news.