The trains are delayed, there are track fires and sick passengers everywhere, and subway icon Gregg T needs to get to work! This isn't a normal Tuesday commute—okay, maybe this is a normal Tuesday—but in this particular instance, it's the premise of the new online game MTA Country. And only you, Bill and Andrew can come to Gregg T's aid.

It's been about as long as the last F train rolled in, but we're back with another game about the world's most reliable subway system: the NYC MTA. https://t.co/xvo23WwGWZ

The game was made by Everyday Arcade, the company who previously released similar witty, zeitgesity games like Thoughts & Prayers The Game and The Voter Suppression Trail. "We got inspired to make it based on our own terrible commutes on the MTA and seeing all the discussion/arguing about it online," said designer Mike Lacher. "We've made some topical games in the past (thegoparcade.com), and thought this would be fun. Once we saw the connection between the faltering subway system and the decrepit mines in Donkey Kong Country, we were set."

Lacher told us the games don't take long to make, taking anywhere from a couple days to a couple weeks. As for why Gregg T was chosen as the hero: "Even though he's an LIRR rider, his presence on those MTA ads made him feel like the mascot of the subway. We thought he'd be the perfect choice of a passenger who you needed to help get to work." 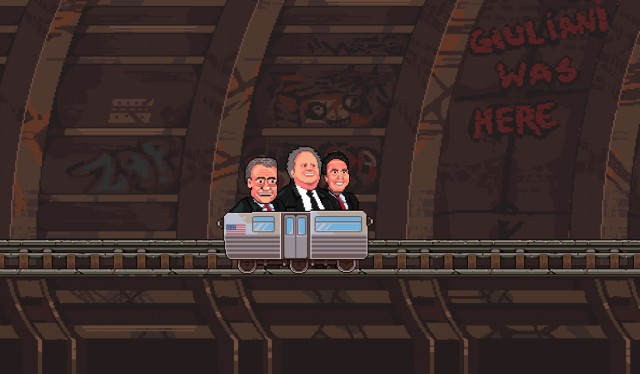 In addition to track fires, Gregg and the squad also have to contend with signal problems, broken sections of rail, and subway cars full of angry straphangers (watch out for that Giuliani graffiti too). Once you collect all the subway tokens, they spell out a very particular word (P.R.I.V.A.T.I.Z.E.)—and make sure to stick around after that for the possible glimpse of the MTA's future.

Although he thinks this will be a one-off game, the designers—Lacher, Brian Lane Winfield Moore, and Chris Baker—did think about what it would be like to expand it. "It could be fun to have each level be a different line and have them get progressively harder / more delayed," Lacher said. "The boss level would be the G train on a Sunday."

The group haven't heard anything from the MTA yet about the game, but Lacher reasons that "compared to the seething vitriol surrounding the MTA these days, we think this comes off as pretty clean fun." As for his own personal feelings about the state of the subway, Lacher noted they were all frustrated like everybody else in NYC: "All three of us have spent plenty of time trapped underground. And just like everybody else, we have no idea what the actual solution is. That's why we just went to the extreme and ended the game by privatizing the subway and turning it into a hyperloop." 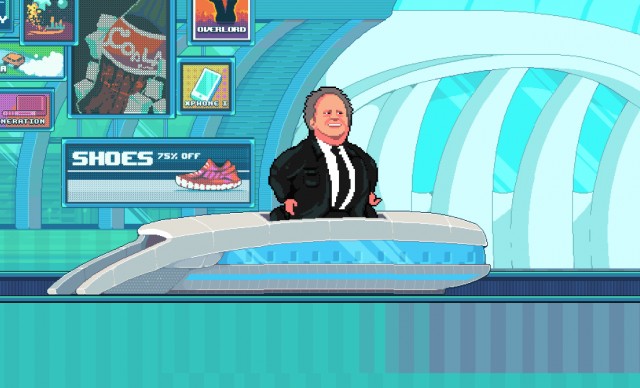 #everyday games
#games
#gregg t
#MTA
#subway
#train
#we the commuters
Do you know the scoop? Comment below or Send us a Tip