Heather Graham's Got the Wrong Burns 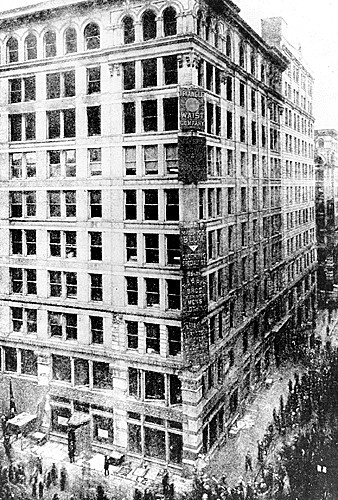 amNewYork has a report from Hong Kong's Prestige magazine where actress Heather Graham discusses her "pet project," a labor of love for the past ten years that she's securing financing for.

Graham said that money will be locked down in "one or two months" and will go towards her movie about the 1911 New York City fire at the Triangle Shirtwaist Factory that killed 146 women. She will also star as one of the factory workers. The factory was in the Asch Building in Greenwich Village, which was landmarked in 2003 (though now called the Brown Building and owned by NYU).

As for Ms. Graham, she says she learned about the fire by watching a Ken Burns documentary about the history of New York City. "He did 45 minutes on the Triangle fire and by the end I was bawling my eyes out." Of course, we're guessing she meant Ric Burns, Ken's brother who directed the 14.5 hour New York: A Documentary. Speaking of directors, she's still looking for one for her movie...maybe Ken or Ric are available.

#As
#celebrities
#city
#fire
#greenwich
#greenwich village
#heather graham
#history
#Hong Kong
#ken burns
#labor
#love
#money
#movies
#new york
#new york city
#NYU
#people
Do you know the scoop? Comment below or Send us a Tip
A new Gothamist is coming! We’ve moved comments over to our beta site. Click here to join the conversation and get a preview of our new website.