Heads Up: You May Be Able To See A Rocket Launch Over NYC Tonight

In September the LADEE rocket launched over the East Coast and, shockingly, we were actually able to see it from New York City—some amazing photos followed. If you missed out then, don't let it happen again: tonight another rocket will launch, and should be visible from Maine to Florida. 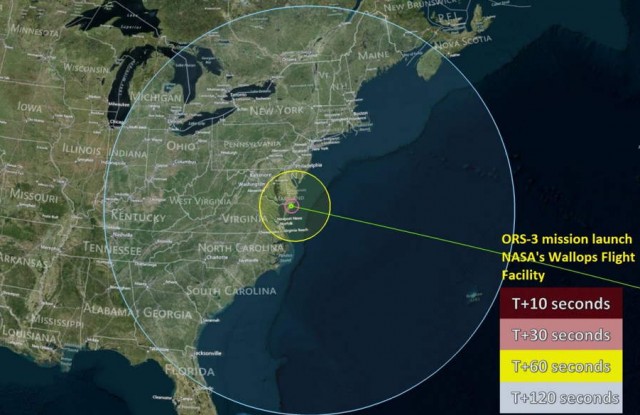 The latest launch is for the Minotaur, which will set a record by putting 29 satellites into orbit. According to Space.com:

"NASA and the U.S. military will launch a record payload of 29 satellites from a Virginia spaceport Tuesday night (Nov. 19) on a mission that could create a spectacular sight for skywatchers along the U.S. East Coast, weather permitting. The U.S. Air Force launch will send an Orbital Sciences Minotaur 1 rocket into orbit from NASA's Wallops Flight Facility and Mid-Atlantic Regional Spaceport on Wallops Island, Va., sometime during a two-hour launch window that opens Tuesday night at 7:30 p.m. EST. The nighttime launch could light up the sky for millions of observers along a wide swath of the Eastern Seaboard."

But will you be able to clearly and artfully capture it on your Instagram? This remains unclear.

#minotaur
#nasa
#rocket
#rocket launch
Do you know the scoop? Comment below or Send us a Tip