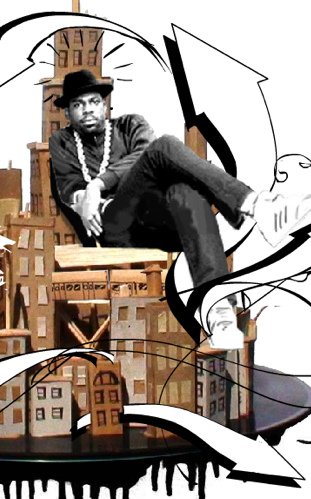 It's been five years since Jam Master Jay (Jason Mizell) was murdered in his Queens studio, and though some people have recently started piping up about who may have pulled the trigger - no suspect has been named.

Moving forward -- his friends, family and fellow musicians have begun to get closure in other ways. Mizell's widow, Terri, started the Jam Master Jay Foundation for Music -- a non-profit that provides funding and resources to support free public school music ed programs. To get the money rolling in, the first inaugural J.A.M. Awards and benefit concert is going down on November 29th at Hammerstein Ballroom.

Performers will include DMC, Snoop Dogg, De La Soul, Q-Tip and a whole lot more. Awards will be going to those who have shown "outstanding efforts in promoting social Justice, Arts & Music" (explaining the J.A.M. acronym). Winners already chosen include: Wyclef Jean, Kanye West (finally!), Chuck D, Cornell West, and Spike Lee. Tickets to the awards range from $40 to $60 and can be purchased here.