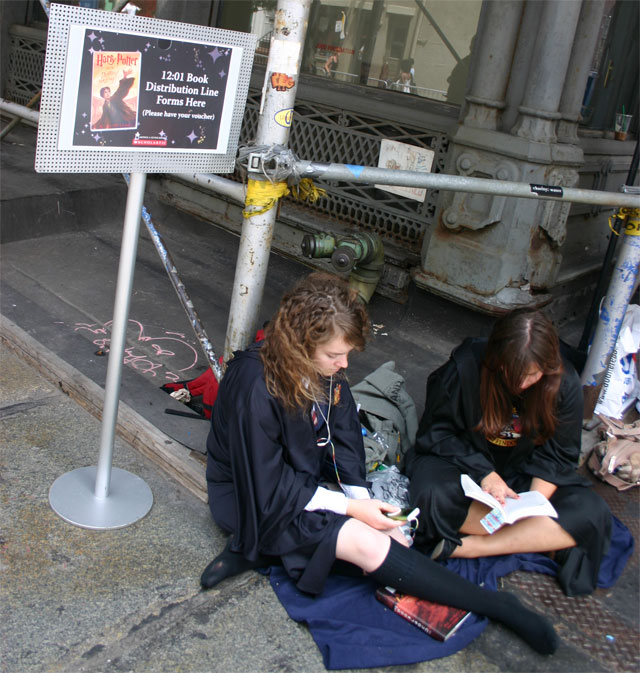 Earlier this afternoon, we watched Scholastic transform Mercer Street between Prince and Spring Streets in "Harry Potter Place" in anticipation of the 12:01AM release of Harry Potter and the Deathly Hallows - early reviews be damned! Not only was the Whomping Willow ready, there were owls (stuffed), messages on the Muggle Message Board, and a copy of the book signed by JK Rowling. 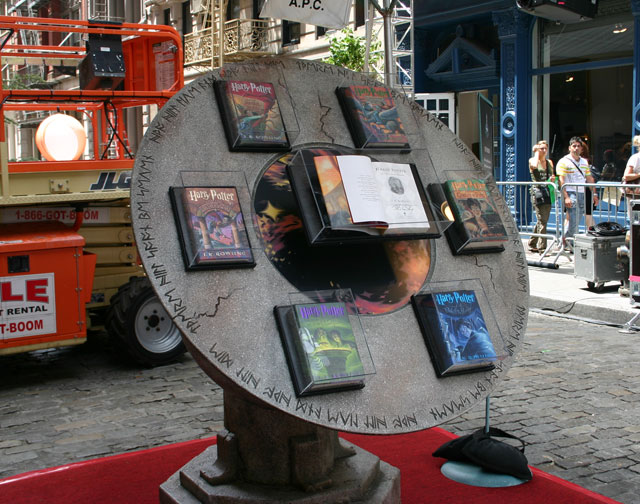 There were also already people on line to buy the book. The first on line are friends 17-year-old Chelsea, dressed as Hermione, and 18-year-old Leah, in a Gryffindor shirt (pictured at top). They traveled from California and had been saving up for a weeklong visit to New York since March - it's a graduation present to themselves! They arrived at Harry Potter Place at 7:30AM this morning armed with food, water, books and hopes that Harry and Ginny do get together. Chelsea's favorite book is Harry Potter and the Order of the Phoenix, while Leah's favorite is Harry Potter and the Half-Blood Prince.

Third in line was Natalie Jacobsen; we met her mother, who told us Natalie couldn't wait for the publication of the fifth and sixth books, so she wrote her own versions. This trip is Natalie's 18th birthday present.

There are other Harry Potter celebrations: Here's the Barnes & Noble locator for them (the big one is at Union Square, with Jim Dale, who narrates the audio books), and info from Border's. Children's book shop Books of Wonder has a big event, too. We hope all you Muggles waiting on line have fun!

Then we stopped by Columbus Circle Borders, which had a Grand Hallows Ball complete with wizard ice sculptures and a Harry Potter Spelling Bee, and as well as some events for little ones - Harry, Harry, Snape (like Duck, Duck, Goose). And the line outside the Barnes & Noble on Broadway and West 66th wrapped around the block. 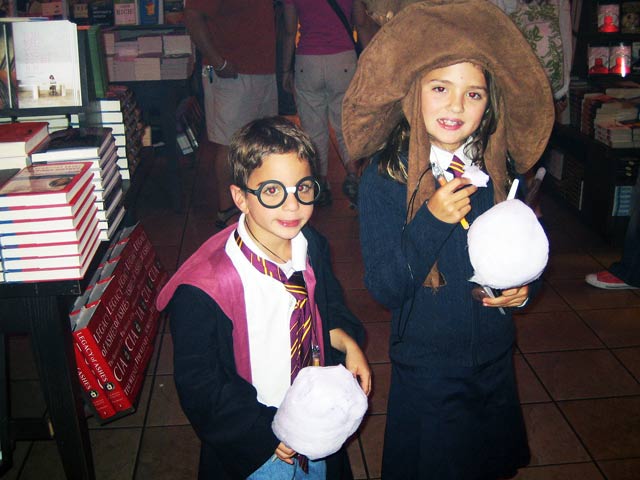 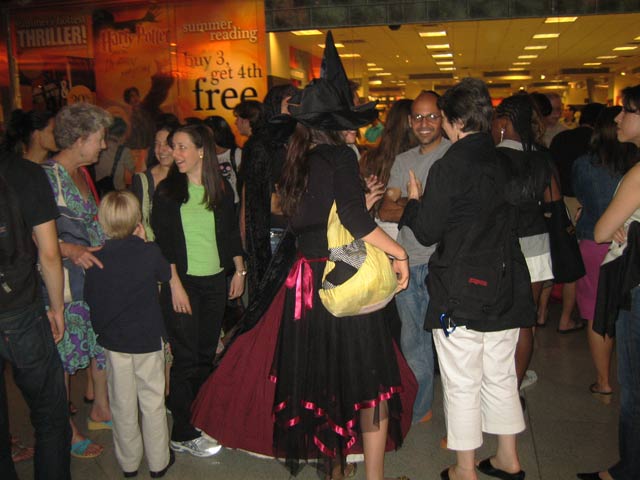 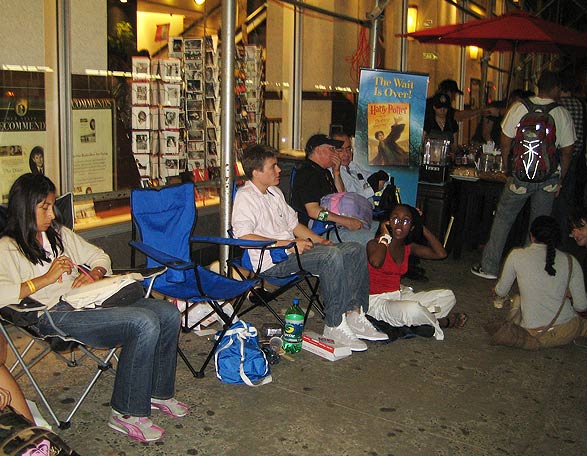 The NY Times' ArtsBeat blog has been covering Harry Potter events around the world.