In addition to screwing up you're commute, the MTA is screwing up it's sign spellling. As you can see hear, the MTA really needs to spellcheck! Its NORFOLK STREET folks, come one! The Northfolk is a place on Long Island that used too be alot cooler before the bros ruined it.

Witness Micah A., who declined to be identified because of an understandable fear of Gothamist commenters, says, "When I walked onto the platform they had just put up the sign and were looking at it and radioing somebody (a boss?) to say they were going to take it back down because it didn't match the work order. I took the photo right after they got confirmation from the person at the other end of the radio that they should take it down. When they saw me take the picture, they showed me the work order and said they were going to get the sign fixed. I thanked them for paying attention, we all had a good laugh, and they got back up on the ladder to take it down as the train pulled in."

Oof. Lets hope some of next years MTA budget goes to highering a copy editor, right? It's all fun and games until you find yourself stuck on an F train in Queeens. 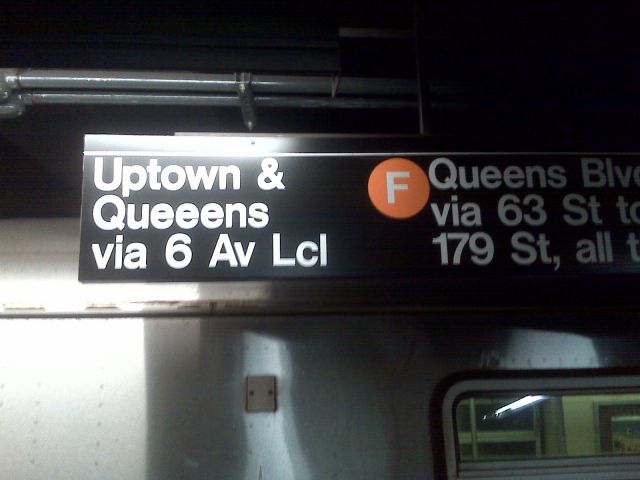 #MTA
#self own
#spelling
#subway
Do you know the scoop? Comment below or Send us a Tip
A new Gothamist is coming! We’ve moved comments over to our beta site. Click here to join the conversation and get a preview of our new website.