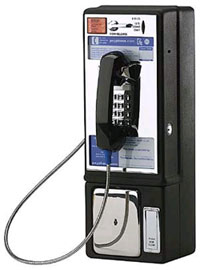 Barbara Walters may not have the controversy-ratings dervish Rosie O'Donnell on the roster of The View anymore, but what she does have is her reputation as the go-to interview for many celebrities. Last week, it was announced that Paris Hilton would be giving her first post-jailhouse interviewed with Babs. One release and re-jailing later, Hilton called Walters collect.

Hilton told Walters, "I used to act dumb. That act is no longer cute. Now, I would like to make a difference. ... God has given me this new chance." And on her first stint in the pokey: "I was not eating or sleeping. I was severely depressed and felt as if I was in a cage. ... It was a horrible experience." Hmm, is Paris reading from statements written by the same person who wrote Paris's pre-jail statement about needing to take "more of an active role in the decisions" she makes?

And how did Paris come about calling Walters? Fate: Walters was on the phone with Paris' mother Kathy Hilton, and Kathy received a call from Paris on another line: "When told that Kathy was talking to Walters, Paris said she'd like to speak to Walters herself. Walters then agreed to accept a collect call from Paris in jail. All prisoners are required to call collect. "

Walters will be revealing more about her chat with Paris on The View this morning; we really wish Rosie O'Donnell were there to analyze Hilton - we'll have to rely on Joy Behar to take Paris to town.