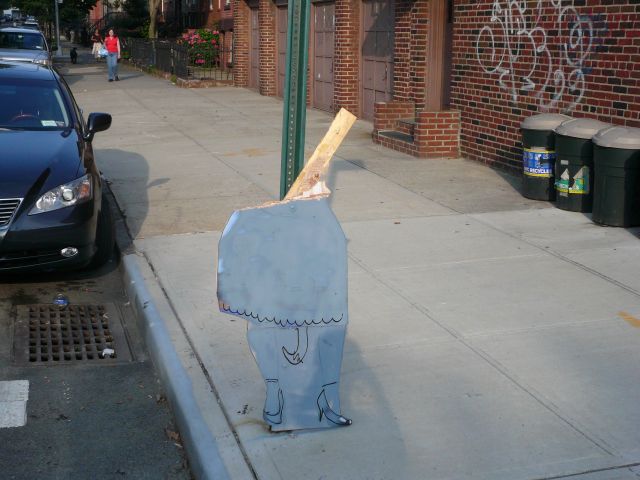 It didn't even take one month for the public to put an end to the wooden girl in Greenpoint. To recap: a street artist put up the piece as a birthday present for his girlfriend, who had moved to Connecticut and was pining for her old neighborhood. Friends and strangers alike were encouraged to pose with the painted lady; the photo project can be found here.

By late June, however, she was painted grey and then quickly revived with a Sharpie. Now, not even a month after she was lovingly bolted to the street sign, it seems she's met her end, as her body was found busted in half over the weekend. It's a cruel, cruel world out there birthday girl, but it probably wasn't personal.

#birthday girl
#brooklyn
#destruction
#greenpoint
#present
#street art
Do you know the scoop? Comment below or Send us a Tip