Grand Central's Kissing Room Is Returning To Its Former Glory

Grand Central Terminal can be a highly romantic place, so it's not surprising there was once a designated "Kissing Room"—and the good news is that room is coming back. That's right, romance isn't dead, it was just held hostage by the MTA for a little bit.

According to the Wall Street Journal, the space is below where the Biltmore Hotel used to be housed, and currently contains a newsstand, flower stand, and shoe shine booths. But in the glory days of train travel, the spot (also called The Biltmore Room) was "where arriving travelers once embraced their sweethearts." Politicians and celebrities would even greet each other there before retreating to the famous Biltmore Hotel, where Zelda and F. Scott Fitzgerald honeymooned (J.D. Salinger also included it in Catcher in the Rye).

Now that little corner will be renovated into an arrival area once again, specifically for riders using the new East Side Access terminal. The Journal reports that "the newsstand will be ripped out and replaced by a pair of escalators and an elevator that will return the Kissing Room to its status as a busy meeting place for travelers arriving in New York."

The $15.5 million renovation won't really be underway until 2019, but feel free to call it The Kissing Room again starting NOW. Move over whisper wall! 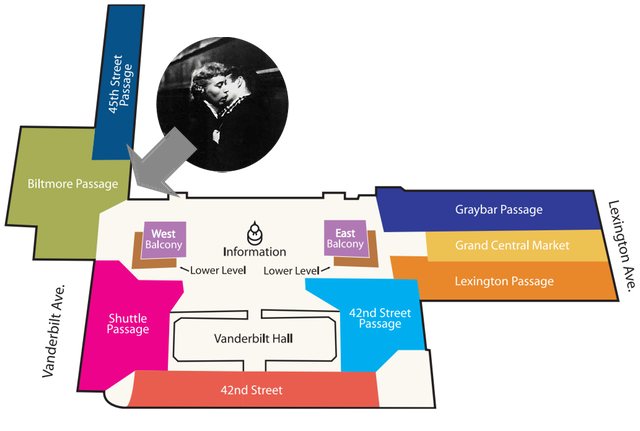 #grand central
#grand central terminal
#kissing room
#the biltmore room
#the kissing room
Do you know the scoop? Comment below or Send us a Tip
A new Gothamist is coming! We’ve moved comments over to our beta site. Click here to join the conversation and get a preview of our new website.