According to 12 oz. Prophet, Tuesday night Lewy BTM tagged the Brooklyn Bridge, something that hasn't been done for a long time. They note, "This is one of the most legendary spots in the history of graffiti. It was first painted by Smith and Sane, who were famously wanted by the FBI for vandalizing the National Landmark." 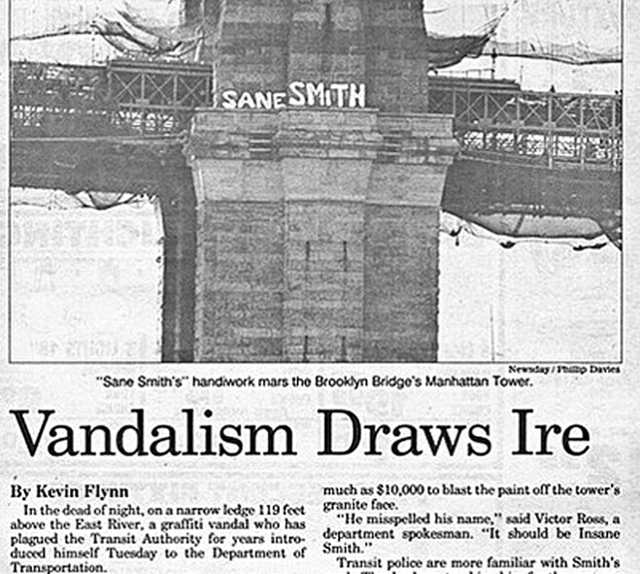 Then in the late '80s Sace and Year hit the same spot, and along with their tags left a "Fuck You" message for Giuliani.

The ledge is 119-feet over the East River—think he used rope to secure himself during the process—is that allowed in the graffiti game? Anyway, don't go looking for the Lewy piece now... it was promptly buffed.

The last big development in NYC bridge graffiti we recall was Judith Supine's piece on the Manhattan Bridge in 2007.

#brooklyn bridge
#graffiti
#lewy btm
#sace
#sane
#smith
#year
Do you know the scoop? Comment below or Send us a Tip