In 2016, Mayor Bill de Blasio announced that Governors Island would one day be open year-round. At the time, the island was only open to the public from the end of May to the end of September. Last year, the season got a two month extension, opening May 1st and remaining open through Halloween, a schedule that will remain in place this year. But what about the hours? It's always a bummer to have to rush to the last, crowded ferry before the sun is even down. Well, this year the island will have extended hours on Fridays (from May 25th to September 14th), staying open until 10 p.m. (that's 4 hours past the usual 6 p.m. closing time). It's a start.

Will the other six days of the week get extended hours? Not yet. Sarah Krautheim, a rep for the Trust for Governors Island, told us that "making the Island accessible more consistently during evening hours is all a part of our efforts to push the Island towards year-round activation." There's no time frame on when that will happen, but it is the goal.

We're told that "visitors during the Island’s late Friday nights will be able to roam the entirety of the Island’s park spaces, Historic District and promenade." Bike rentals will remain available after dark as well, and the arts and culture offerings in the Island’s historic former officer’s homes in Nolan Park and Colonels Row will remain open until that last ferry out. And you can even get the best lobster roll in the city on your way out, as Island Oyster will stay open until 10 p.m. on Fridays. 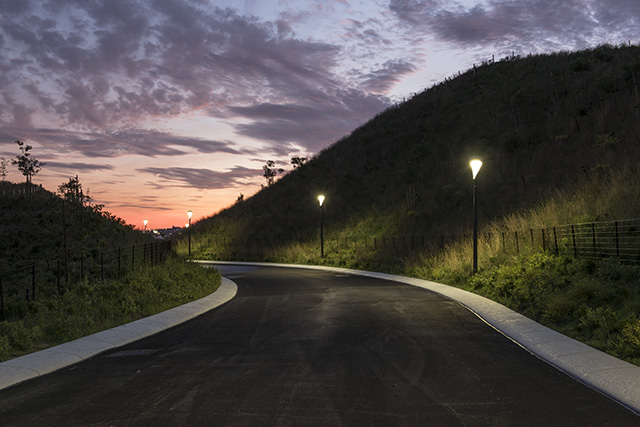 Other things to look forward to this year on the Island includes some special programming (including a big announcement coming soon), overnight camping (!), and a new dining spot: Taco Beach, a waterfront spot on the Eastern side of the Manhattan ferry landing that will serve cocktails and tacos... an unbeatable combination, but we kind of wish that old school Burger King was still there, too.

Governors Island is open to the public from 10 a.m. to 6 p.m. weekdays, and weekends from 10 a.m. to 7 p.m. (with Fridays between May 25th and September 14th having a 10 p.m. closing time). You can get ferry schedules here (note that ferries during Late Fridays will run from the Battery Maritime in Lower Manhattan, located at 10 South Street).

This was previously published on the Gothamist newsletter on April 24, 2018. Don't miss stories—sign up for our newsletter here.