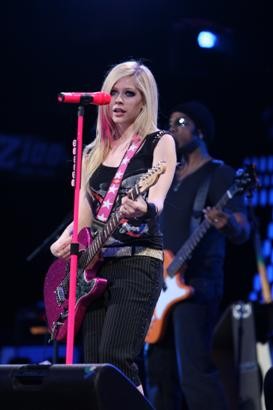 Z100 Jingle Ball Rock
We remember Z100 fondly. It was our morning listen for much of elementary school, and for better or worse, has stuck to the same broadcasting formula for all this time. The annual Jingle Ball is a fun tradition, if for nothing else, as a convenient year end recap of all the biggest pop hits of the year we might have missed. Getting all these names together for one night only is no easy feat. They had your Fall Out Boys and Backstreet Boys, Alisha Keys and Avril Levine, Timbaland's bizarre soft-rock crossover protégées and many more. They all got a slot to perform their one hit wonders to the obsessed, shrieking masses. The biggest story coming out of the concert may have been the state of Ashley Tisdale's schnoz, but the music itself was a perfect storm of mainstream glitz that just seems fitting for this crazy season. (pic via Z100.com)

WaS do NY by NY
New York Mag took some time off from reviewing other people's holiday parties to throw something of one themselves. This was the latest "New York by New York" event they've put on, which has been an amusing series of indie rock concerts around town with a twist. This time, The UCB gang teamed up with the ever expanding We Are Scientists to throw an amusing "Not Your Office Holiday Party" at the Canal Room. No shortage of good tunes or inappropriate workplace humor were had, and everyone left with a free NY Mag subscription in the end as a holiday bonus. No word on what the next NY by NY will be, but we look forward to see what they come up with next. 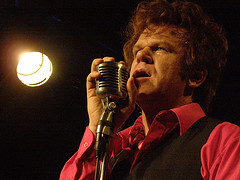 Dewey Cox Live!
From the screen to the stage, fictional biopic star Dewey Cox performed live at the Knitting Factory earlier this week as an interesting promotional stunt for 'Walk Hard.' The set was impressively filled with mostly original songs and characters from the film, with a few covers sprinkled in for good measure. We guess seeing John C. Reilly perform in person is a treat regardless, though we're not completely sold on the film being all that good to begin with. It was a good time for all those who were able to attend the intimate show, regardless. For our money, however, we're still holding out for the Stillwater reunion. (pic via BillieJoNJ's flickr)