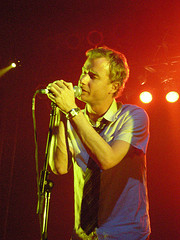 Bonnaroo Has Begun
While we couldn't make it down this year (a bit festivaled out between SXSW and Coachella and Sasquatch so far this year), Bonnaroo kicked off last night with a couple local favorites warming up the early arrivers. The National, Langhorne Slim and Apollo Sunshine among others took the stage for the Thursday night festivities. Much much more on the way for the rest of the week, including hometowners Sam Champion, El-P and The Hold Steady. If you're stuck in NYC this weekend as well, relive our full coverage of the hippie/hipster fest from last year here, here and here. Also, stream the current fest at AT&T Blueroom. (Photo via EW's flickr.)

White Stripes To Play Irving Plaza
Much like Wilco did a few weeks ago, the White Stripes are holding an in-person, box office only ticket sale tomorrow morning for another intimate concert at Irving Plaza next Tuesday. The Stripes, with a new album and Arena Tour approaching, are jumping on the special show bandwagon to do a little grassroots buzzwork. Probably wouldn't hurt to get in line now if your schedule is clear this evening, as we suspect there might be more than a few campers eager to get their hands on a pass. In the meantime, however, peep this video of the duo playing a killer Dolly Parton cover outside in New York City from a few years ago. 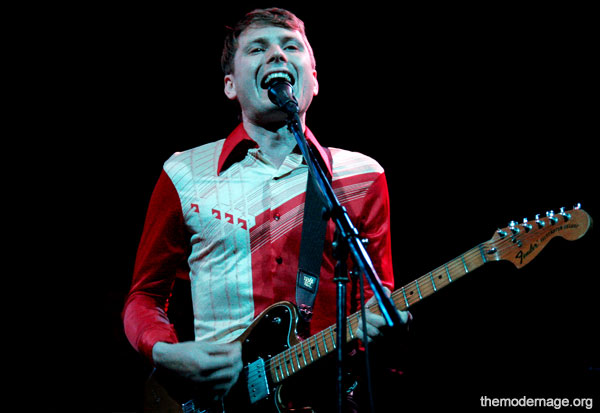 Franz Ferdinand, Disco Cowboys?
Don't get us wrong, Franz Ferdinand were at the top of their game in playing the intimate Bowery Ballroom this week as a special one-off concert. They seemed as genuinely excited to play the small room as the lucky fans who were in attendance. But there were three main points that jumped out at us watching them play. First, "Take Me Out" still shines as one of the best rock songs of the decade, despite being played to death three summers ago. Second, the new material had a surprising disco flair to it that was generally pretty great. One standout track towards the end of the main set sounded like a future surefire hit we can't wait to hear a finished version of. And third...how bout those outfits? Alex Kapranos came out in his patented tight and tailored trousers and...some sort of red and white polyester rodeo shirt that made him look more like Buck Swope's stockroom manager than the frontman of a band. We suppose it's all stylistically playing towards their new synth-heavy sound, which we think is a great direction for them to take. But perhaps they could tone the outfits down just a touch? The music will no doubt speak for itself. (Photo via The Modern Age)