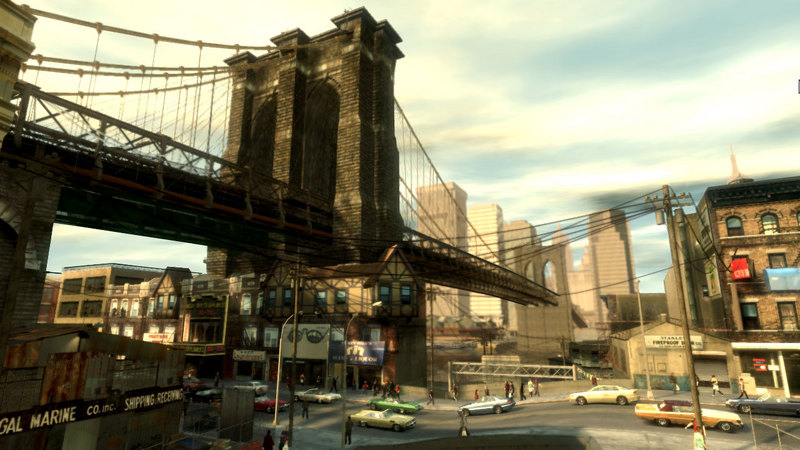 Liberty City Radio Far Better Than Actual New York Radio
In a jarring fictionalization of an otherwise believable New York City sim, the radio stations in Grand Theft Auto 4's Liberty City are...actually quite good! Despite New York City's long history of disappointing FM radio, the music selections in the latest crime epic are incredibly deep and nuanced. There's a little bit for everyone...L.C.H.C. is the Jimmy Gestapo hosted hardcore channel, K109 is Karl Lagerfeld's Disco station, Radio Broker is the Juliette Lewis hosted, LCD Soundsystem playing Hipster music station (Broker=Brooklyn in Liberty City.) There are about a dozen others, including a handful of satirical talk radio options. While the music doesn't feel as iconic as it did in, say, Vice City, they really do a great job covering all the bases. The only thing Liberty City is missing is a decent top 40 pop station...ironically, the only thing New York has too many of.

Jelly Pool Parties Confirmed
Another week, another free summer concert series announced. One of the most enjoyable ways to spend a summer Sunday in the city in the last couple years has been out at McCarren Pool, with the competitive dodgeball, slip and slides and sweet, sweet music. The lineups for these shows have never disappointed, but this year seems to be bigger than ever. There has been some growing speculation that this might be the last year for the Pool Parties, and recently released plans for the pool added to those concerns. Regardless of the future, they're all go for 2008. Enjoy it while you can. Among many, many more, The Breeders, MGMT, The Hold Steady, Liars, Black Lips and Deerhunter are all confirmed. Dates and complete lineups to come.

Coachella Happened
So after all the announcements and speculation, the summer festival season is officially underway. Coachella kicked off last Friday, 3000 miles away, blasting tunes to the masses and celebs in the Palm Springs desert. While on paper, this year's lineup seemed a bit plain compared to years past, a late addition of Prince as the Saturday night headliner ended up making the entire festival seem far more worthy. With this begins the seemingly weekly onslaught of American music festivals through September. You can't escape them, so you might as well attend some. If you just woke up in the desert from last weekend's stupor and noticed a different crowd about, why not stick around for Stagecoach, the country music festival on the Coachella grounds, kicking off today. The Eagles play tonight! Then in a few months, All Points West, aka Coachella East, will come to town August 8-10. Between now and then, Jack Johnson's tour dates can be found here.