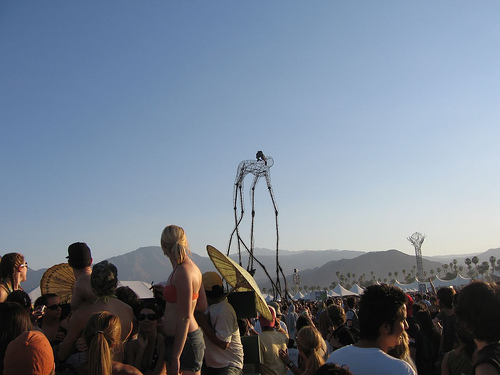 Coachella Lineup Announced
Sure, with the All Points West Fest announced, Coachella may not have the same appeal for east coasters this year, but the lineup announcement is still an exciting annual event. Over the last few years, it has established itself as the granddaddy and standard bearer of the American festival circuit. Unfortunately, most people are finding this year's lineup is a bit of a dud. Coachella's been operating at such a high level since 2003 that it was really only a matter or time before the lineups would stop exciting everyone, and while last year had it's plusses and minuses, this year seems to have really fallen off. Many of the smaller acts played the fest recently, something they used to try and avoid, and the headliners seem to be all over the place. Sure, a Portishead reunion is a treat, but how many Roger Waters fans are into Jack Johnson? Is a Love and Rockets reunion and Death Cab for Cutie really above the fold top draws? Doesn't seem like it. While we can't speak for their bottom line, which surely is doing okay, it might serve them well to try and scale back a bit in the future if this year has a bit of a drop off. Two days in the desert is more than enough for most, and to pack those days full with bands everyone can get excited about is a much more appealing scenario. 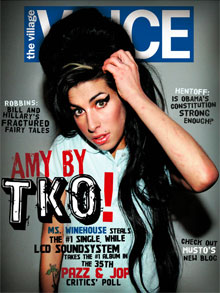 Pazz and Jop revealed!
For the 35th consecutive year, the Village Voice dropped top single and album lists today, polling hundreds of critics to compile a definitive list of the most critically acclaimed music of the year. As usual, it doesn't provide many surprises, but acts more of a final confirmation of the general consensus of best music of the year. LCD Soundsystem comes up big with the top album and the #3 single of the year. The National and a fella named Bruce round out the top 10 albums. The singles list is topped by Amy Winehouse, with Brooklyn math-jammers Battles nabbing a top 10 spot with their breakout hit Atlas. Read the whole thing here.

Justice Downgraded to WaMu
One of the most laughable stories of the year was that Justice, they of one studio album and a mostly disappointing live show, would be headlining Madison Square Garden in March. Well, likely due to lackluster ticket sales, the show has been moved to the WaMu Theater @ MSG instead, which is about a third of the size of the arena. We have to admit, despite the size, a huge dance show at MSG would be pretty rad if there was a group that could pull it off (ahem). Justice just isn't them. Not yet, at least. And even still, this theater move seems even more flawed than the original idea. While it's a fine space to take in a show like Cirque du Soleil or Sesame Street Live, a giant rowdy dance party from your velvet covered seats just seems completely off. Not sure what a better alternative would be, but Justice fans deserve better.