Gothamist Fall Guide: 16 Things To Do In NYC This November

What the hell, it's already November? Most of the fall season has felt like a long, awkward goodbye embrace with summer, but the truth is we're standing on the edge of winter, gazing over the frosty precipice. Thankfully this month is loaded with things to do, including special film screenings, art parties, a special whiskey festival, and some of the best concerts of the year. October's over, so throw your old pumpkins at the tree and make some plans. 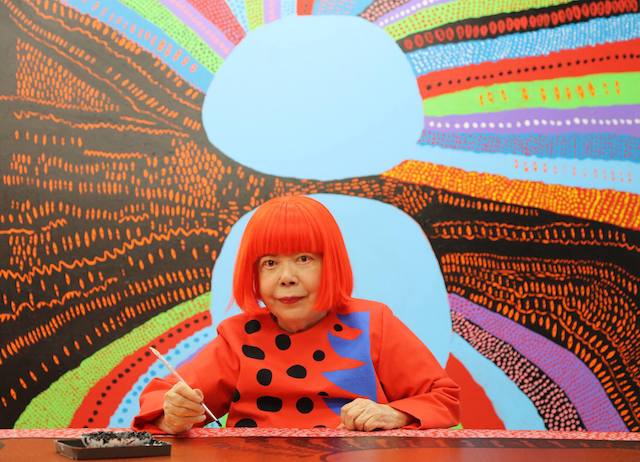 Japanese artist Yayoi Kusama's bright colors and trippy patterns are instantly recognizable, and on November 2nd, the David Zwirner gallery will present two major concurrent exhibitions of her most recent work. "Festival of Life" will be on display at David Zwirner Chelsea, and "Infinity Nets" will be debuted at the gallery's new Upper East Side location; both will feature paintings from her "My Eternal Soul" and "Infinity Nets" series, as well as large-scale sculptures and a "polka-dotted environment" that's sure to provide some great Instagram opportunities. Kusama's work, while bright and playful, also serves as visual documentation of her battles with mental illness, and has been previously displayed at MoMa and the Whitney, in addition to other museums and galleries worldwide. (Libby Torres)

Greta Gerwig, the talented writer and actor behind films like "Frances Ha" (2012) and "Mistress America" (2015), moves behind the camera for her latest feature "Lady Bird." A sleeper hit at the Telluride and Toronto film festivals, "Lady Bird" tells the semi-autobiographical story of a teenage Catholic schoolgirl in Sacramento navigating love, lust and an upcoming move across the country for college. The film opens on November 3rd in New York. (Libby Torres) 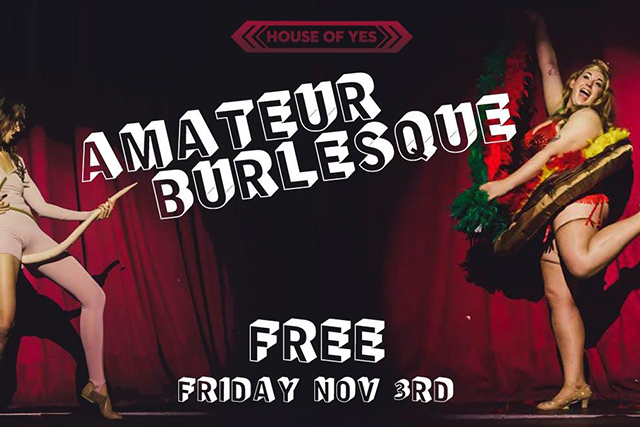 Prepare your pasties for amateur burlesque night at House of Yes this month. Audience participation is mandatory at the event, so it's definitely not for the faint of heart, but as with all House of Yes events, everyone is welcome and encouraged to break out of their comfort zone. The amateur burlesque night will feature games, prizes, and "burlesque babes of all genders," and anyone who has an idea for an act is encouraged to reach out to the hosts beforehand. (Libby Torres) 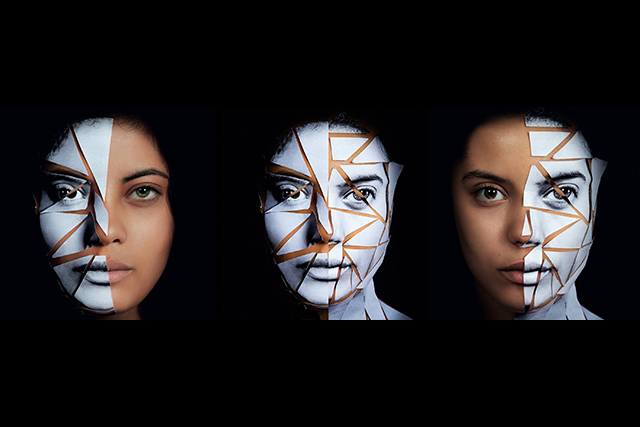 The past three years have been nothing but a steady upward rise for Ibeyi, the French-Cuban act comprised of twin sisters Lisa-Kaindé and Naomi Diaz. With their hypnotic looping harmonies, sparse percussion, and deep synths, Ibeyi has put together a sound that's truly worldly, as African as it is Latin, as classic as it is avant garde. Traditional Yoruba Nigerian words frequently appear in their lyrics, and on their brand new record Ash, the Diaz sisters sing with a confidence founded in their own heritage. "Whatever happens, whatever happened / We are deathless" the chorus goes, just before jazz luminary Kamasi Washington launches into a solo. This month, Ibeyi will take the stage at Brooklyn Steel for a night of music that defies classification. If there were ever a soundtrack for intersectional resistance, this is surely it. 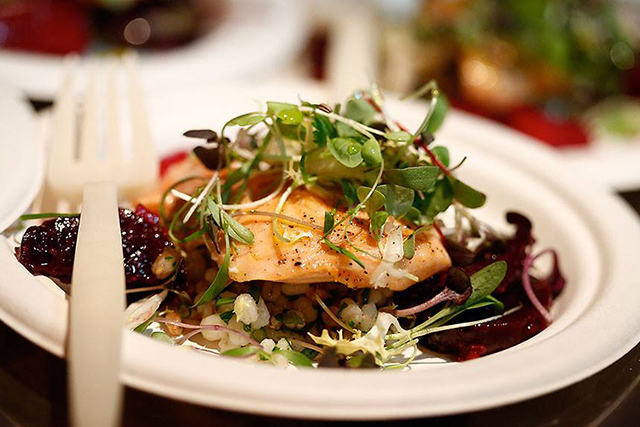 Bring an empty stomach and open mind to this year's New York Taste, which will once again bring some of the city's best, forward-thinking cuisine all under one roof for a night of knock-down drag-out gluttony. Over 40 bars and restaurants will be featuring bite-sized samples of their fare, Chumley's Victoria Blamey, Don Angie's Angie Rito, and Rice & Gold's Dale Talde. It could be your best chance to munch on (at least portions of) dishes that usually require a ridiculous weekend wait time, so buy the ticket and take the ride. We'll be there, filling up big Ziploc to-go bags brought from home. Yes we mean it. No, we have no shame. 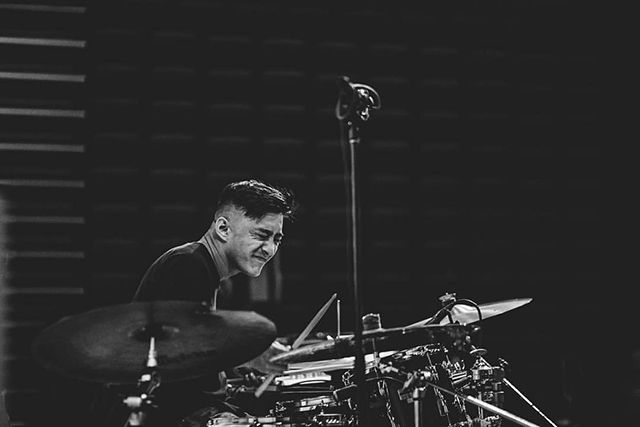 Every few years Zach Saginaw emerges from his Michigan studio and rewrites the map of electronic music. Known the world over as Shigeto, his work has grown from its dusty hip-hop beginnings into searching compositions that fuse jazz and Detroit techno as they veer out toward the stars. Saginaw is celebrating the release of his long-awaited new LP The New Monday, and will be pulling into Music Hall of Williamsburg for a can't miss show. Shigeto is known for building a melodic loop on stage and then proceeding to batter his drum kit within an inch of its life. This new should include all of that, plus maybe sax? 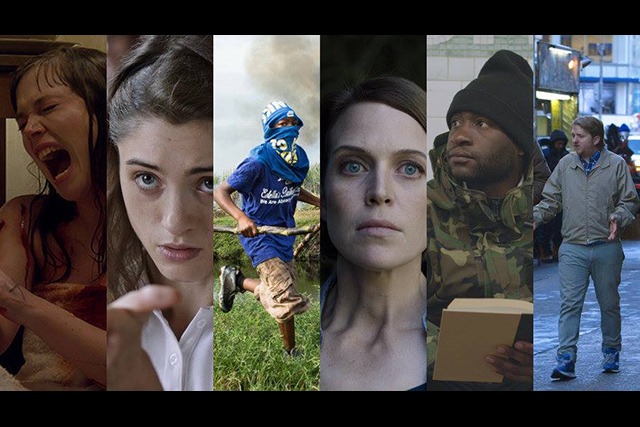 Come show the unappreciated short film form some love at the 5th Annual Nitehawk Shorts Festival, which features films under 20 minutes. The festival runs from November 7th through 12th at Nitehawk Cinemas in Williamsburg, and boasts a creative slate of short film series and variety programs, grouped by genre or theme, including “The Eyeslicer Roadshow,” “Midnite,” and “Music Driven,” as well as two appealing matinee line-ups. Mix and mingle with your fellow film buffs at an equipment workshop for filmmakers, evening festivities which are free and open to the public, and a Why Shorts? Panel Discussion (free, with an RSVP). (Sarah Amar) 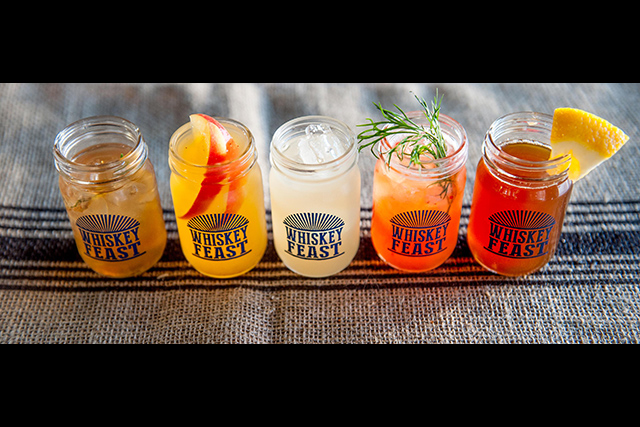 The arrival of fall is the perfect time to get cozy with a cocktail or two, and what better way to celebrate than at the NYC Whiskey Feast? This spirit-focused fest will feature a wide variety of whiskey drinks and fall-themed dishes, like cranberry Old Fashioneds, sweet potato ramen burgers, and pumpkin spice cannoli. The festivities will also include samplings of warming whiskeys and lots of original whiskey cocktails, as well as a live DJ, photo booth, and "donut wall," although it's unclear what that has to do with whiskey.(Libby Torres) 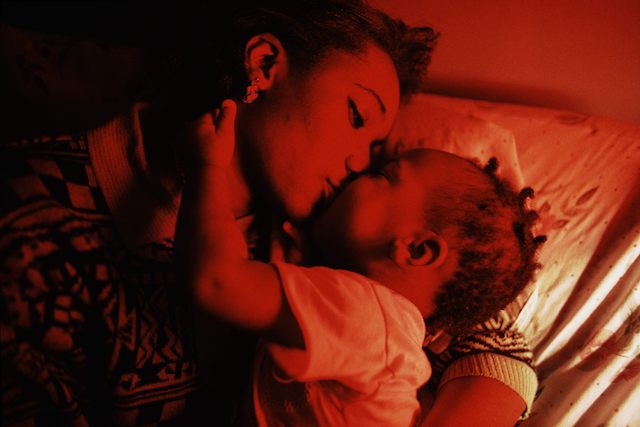 This is the good stuff. For a large portion of the 1980s, photographer Joseph Rodriguez spent his time inside the homes of Spanish Harlem residents, capturing it all. Whether it be wild street parties or impoverished tenement families crammed into a single room, the full spectrum of life in East Harlem was preserved by Rodriguez's film work, which will now go on display at the Bronx Documentary Center for an exhibition labeled "El Barrio." Expect big lapels, battered alleyways, abandoned buildings, smiling faces, sacred crosses, and more.

English shoegaze band Slowdive has made a bit of a comeback in recent years; after reuniting to play Barcelona's Primavera Sound festival in 2014, the band followed up a brief tour with an album, released in January of this year. And on November 12th, Slowdive will headline a show at Terminal 5 in support of the new album, titled, simply, "Slowdive." They'll be joined by precocious San Diego-based rock group Cherry Glazerr, who've gained a steady following in the southern California DIY scene and beyond since their formation in 2013. Even though shoegaze isn't a very prominent genre anymore, the influence of groups like Slowdive can definitely still be heard in today's music. (Libby Torres) 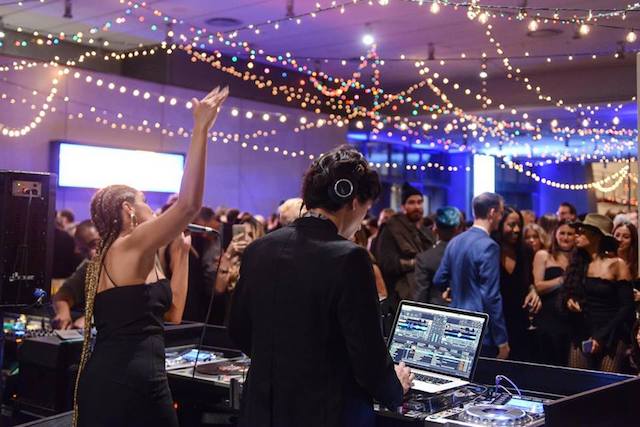 If you've got money to burn and are itching to dance, then seize the opportunity to party your ass off at the Whitney this month during their annual Art Party, a fete that benefits the museum's independent study program and is regularly one of the fall highlights for art scene socialites and casual fans alike. Music collective The Misshapes will be DJing the evening, which means things will rock so hard the frames might fall off.

Yasmine Hamdan, legendary co-founder of the Soapkills, one of the first electronic indie bands in the Middle East, brings her cosmopolitan, Arabic pop fusion to (le) poisson rouge on Thursday, November 16. Hamdan burst onto the international music scene in 2013 with her debut solo album, Ya Nass, and stole the show in a wonderfully atmospheric scene in Jim Jarmusch’s clever and moody Only Lovers Left Alive. Hamdan continues her evolution with her new album Al Jamilat (‘The Beautiful Ones’) which continues her exploration of the boundaries of traditional Arabic vocals while incorporating electronic, pop, and folk elements. An artist not to be missed. (Sarah Amar) 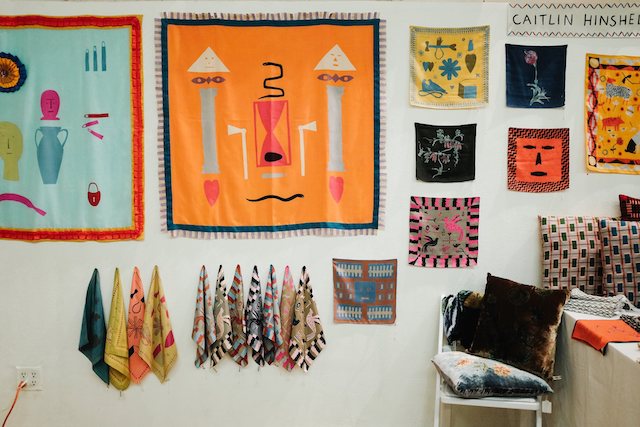 Billed as the world's largest curated showcase of independent craft and design, the globetrotting Renegade Craft Fair touches down in New York this month, bringing along a battalion of makers to the Metropolitan Pavilion. But just what are these "makers"? Are they sentient Pinterest boards? Are they megacapitalists draped in bespoke linen? Or are they just nice folks who love chef aprons, ceramics, and wooden spoons? The answer to these and other crafting questions nobody thought to ask will be revealed if you attend (and you'll probably cop some cool stuff). 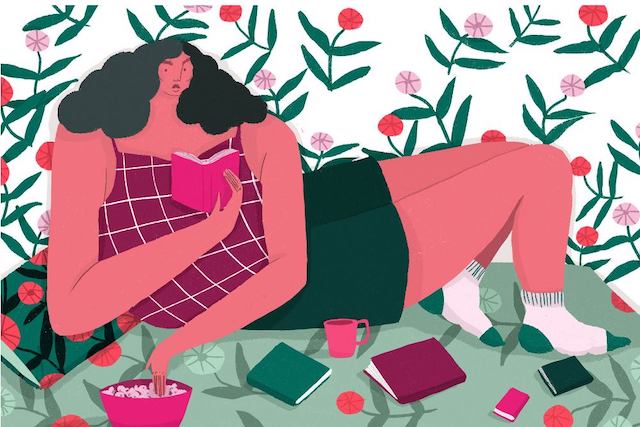 Blog and magazine Got a Girl Crush is teaming up with Brooklyn's New Women Space for their 2nd Annual Print & Zine Fest later this month. The fest will of course include lots of zines and prints for sale, created by artists with a wide variety of gender identities. New Women Space seeks to recognize and emphasize the voices of marginalized folks, and as such, all of their programming is led by self-identified female, femme, queer, trans and gender-nonconforming individuals. The $2 suggested ticket price will go directly to the Ali Forney Center, an organization that helps homeless LGBTQ youth get back on their feet. (Libby Torres) 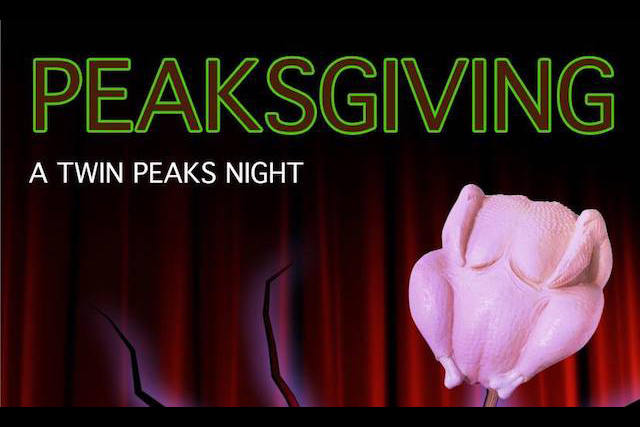 If you're staying in town for Thanksgiving this year then you're going to need a clean party, reasonably priced. The Bell House will become The Road House for Peaksgiving as it brings fans of Twin Peaks in for a holiday full of coffee, dancing, and Tibet. Audio-visuals from a place both wonderful and strange and a discussion of the screen as mirror in Lynch's masterful series will be just some of the entertainment happening, and we can only assume that once the formal program has ended, the jukebox will keep playing all night long. There'll also be some fantastic trees—big, majestic.

Prepare to have your consciousness melted. At the end of the month, genre-defying composer Hans Tammen will unveil "Crossing the Lagrangian Point," a multi-segmented piece performed by nearly a dozen light and sound performers, along with something called a spatialist. Blipping strings, swelling LEDs, and droning synths will blend to form a new and strange sonic universe as bizarre images are projected onto the ceilings and walls of the cavernous Knockdown Center. At the center of it all with be a "spatialist" who will literally move sounds about the room using an 8-channel sound system. You've definitely never experienced anything that comes close to this.

#events guide
#november
#things to do
#original
Do you know the scoop? Comment below or Send us a Tip