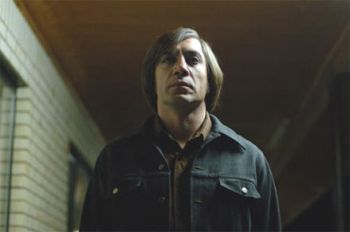 The Gotham Awards gala run by the Independent Feature Project (IFP) will be held in Brooklyn for the first time tonight, after 17 years spent bouncing around between Roseland, Hammerstein Ballroom and Chelsea Piers. This year the independent film awards will take place on the soundstage of Steiner Studios in the Brooklyn Navy Yard. Among the thousand-plus guests expected to attend are Javier Bardem, Sean Penn, Laura Linney, Uma Thurman, Philip Seymour Hoffman, and Brooklyn’s own John Turturro, Steve Buscemi, Marisa Tomei and Park Slope transplant Maggie Gyllenhaal.

The show honors the year’s best achievements in independent cinema, with nominees such as the Bob Dylan anti-biopic I’m Not There and Sean Penn’s Into the Wild. But more than basking in star-wattage, the event highlights scrappier, more obscure features with award categories like “Best Film Not Playing in a Theater Near You” and “Breakthrough Director”. Special tribute will also be paid to Bardem, whose performance in No Country for Old Men is phenomenal, as well as Mayor Bloomberg, for his commitment to advancing the city’s film industry. 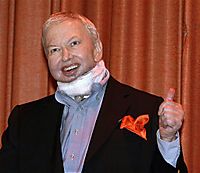 Film critic Roger Ebert will be making a rare appearance to accept a tribute award from the IFP for “his championing of high-quality, undiscovered work.” Ebert has been out of the public eye for some time battling thyroid and salivary cancer; he’s now cancer free but unable to speak following a tracheotomy and the removal of part of his jaw. (He communicates by typing into a computer.) Because Ebert was in and out of the hospital for much of the past couple years, he was understandably late in announcing his favorite films of ’06. We're hoping that Ebert continues on his road to recovery with success - he's planning on undergoing surgery to reconstruct his voice box and jaw in future months.

The Gotham Awards will be broadcast on local cable station NYC TV on December 4th at 9pm and December 8th at 8pm.