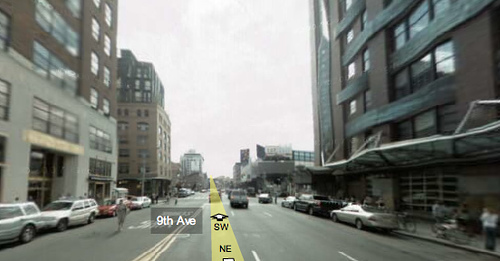 The Observer reports that Google is outgrowing its 360,000+ square foot office space at 76 Ninth Avenue and has closed on 130,000 square feet at 75 Ninth Avenue, the Chelsea Market. Located directly across the street from each other, Google is keeping private about any plans for the new space, but The Observer gets more info on how much it might have cost the company:

The source also explained that a special deal had been worked out with Google in terms of rent, but would not disclose the details. However, some perspective was offered as to what it might be paying. The source indicated that an 11,000 square-foot space recently opened up at the same address and the asking rent is $70 per square foot.

Pocket change! Their source also revealed it would be "a while" before any Google geniuses moved in...but the big questions are: Why isn't there a Google reality webisode series yet documenting the hijinks at NYC's Google campus? How long until 9th Avenue gets becomes Google Avenue? And finally, will there be an office filled with balls in the new space?