GoogaMooga Not Coming Back To Prospect Park

The Great GoogaMooga came to Brooklyn's Prospect Park two years ago, bringing with it food, alcohol, bands, promises, and thousands of feet trampling the grass. Following this year's rainy run at the park, the damaged grass needed to be reseeded, and locals complained about the "branded shitshow" taking over their precious parkland. And it looks like they just won the park (which had been receiving about $75,000 to host the event) back. 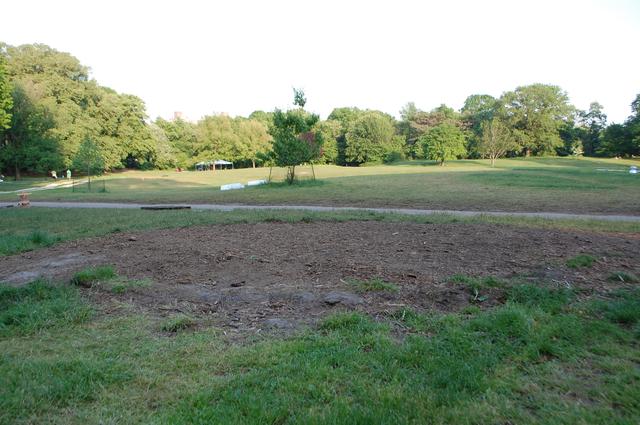 The aftermath of GoogaMooga's 2013 event (Gothamist)

According to a Parks Department official, the event won't happen in that park again. NYC Park Advocates' Geoffrey Croft notes that "the news was revealed this afternoon, ironically by Michael Bloomberg family friend Besty Smith, head of revenue and marketing for the Parks Department at a City Council oversight hearing entitled, The Private Use of Public Parkland: Do Large Scale Events Benefit Parks."

Smith says they're looking for another location.