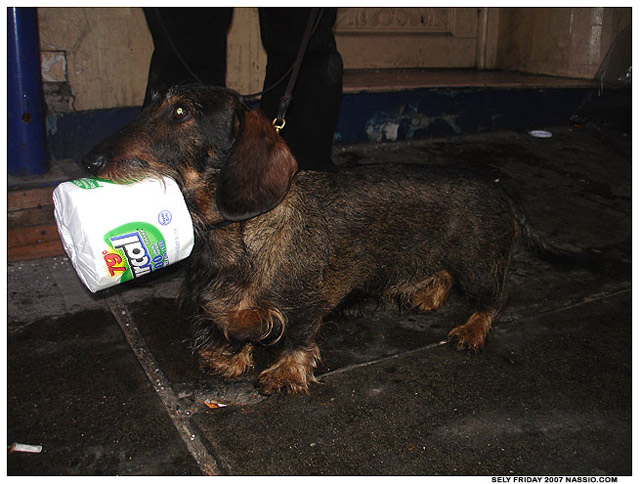 A barking pit bull named Bleu (or Blue) was a hero yesterday, as his barking alerted a neighbor to the cries of a young girl who was being molested between two houses on 171st St. in Flushing, Queens. The Daily News writes that a young man had been sitting on the steps of a house, across the street from where the attack would take place, watching a seven-year-old girl and her friend ride their scooters. Around 7:45 p.m., he approached the young girl and asked her if she wanted to see some worms in a backyard. NY1 reports that the man just pulled the girl off her scooter and carried her to a backyard. Once between two neighboring garages, the man pulled down the girl's pants and attempted to molest her as she started screaming for her parents.

Bleu (The New York Post names the dog Blue), who is a mixed pit bull and belongs to neighbor Heather Fretes, heard the girl's cries and began barking wildly, which brought Fretes to the window, where she saw the attack in progress. She ran outside and yelled at the pervert, who escaped by breaking through a fence––presumably not the one with the barking pit bull on the other side of it––while holding up his pants.

Police are looking for a man in his teens or early 20s, with sandy-brown spiky hair. He was wearing blue jeans and a blue t-shirt Friday evening. Both the Post and the Daily News have pictures of the heroic pit bull, who is adorable looking.