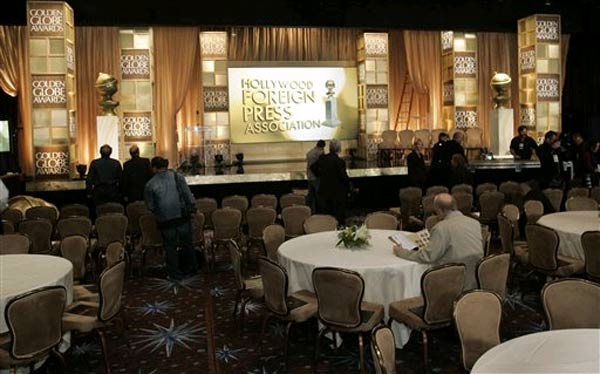 Due to the Writer's Guild of America strike, Hollywood's party, the Golden Globes Awards were transformed from a boozy, fun dinner party to a press conference where presenters from entertainment programs like Extra! and E! News got to announce the winners. Yes, it was as painful as it sounded (Giuliana Rancic, it's not about you); many said they couldn't believe they were announcing the winners but said they would prefer it with the stars. Inside Edition's Jim Moret struck a classy note when he acknowledged the Hollywood Foreign Association (the organization that doles out the Golden Globes) President Jorge Camara.

On the upside, the announcement of winners was finished by 9:30PM - not that you'd know from NBC's coverage which didn't show the actual press conference and instead forced viewers to watch Nancy O'Dell and Billy Bush banter as they revealed the winners. 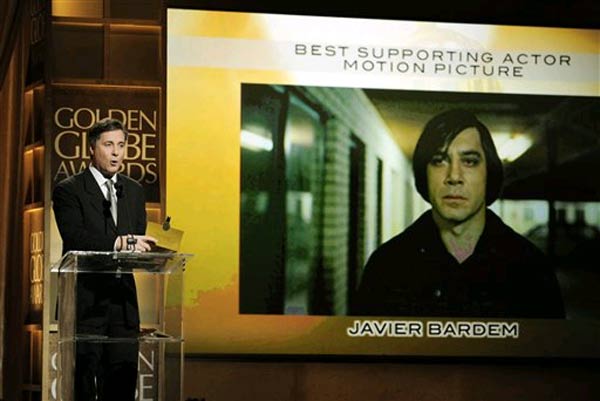 Anyway, here are the winners - the HFPA spread the wealth!

Here's the full list of nominations and winners from the HFPA. The big upsets seem to be Marion Cotillard, winning out over Ellen Page in Juno (but Cotillard shaved her eyebrows to play Edith Piaf), David Duchovny winning Best Actor in a Comedy TV Series, and Julian Schnabel winning Best Director.

The Oscar nominations will be announced on January 22, and the Oscar Awards are scheduled for February 24, but who knows what will happen to the awards show if the strike still goes on.